Biggar Museum Trust collects, stores, preserves and records Biggar and Upper Clydesdale’s rich archaeological, social and historic heritage. It focuses on the people who have lived and worked here from prehistoric times up to the mid-20th century. The objects on display illustrate a small part of their ordinary and extraordinary lives.

The museum shows examples of buildings in use in Upper Clydesdale over the past two thousand years. These include everything from Iron Age and Roman forts to a crannog, a broch, a motte, Boghall Castle, and a bastle house and a model of a 12th century motte. 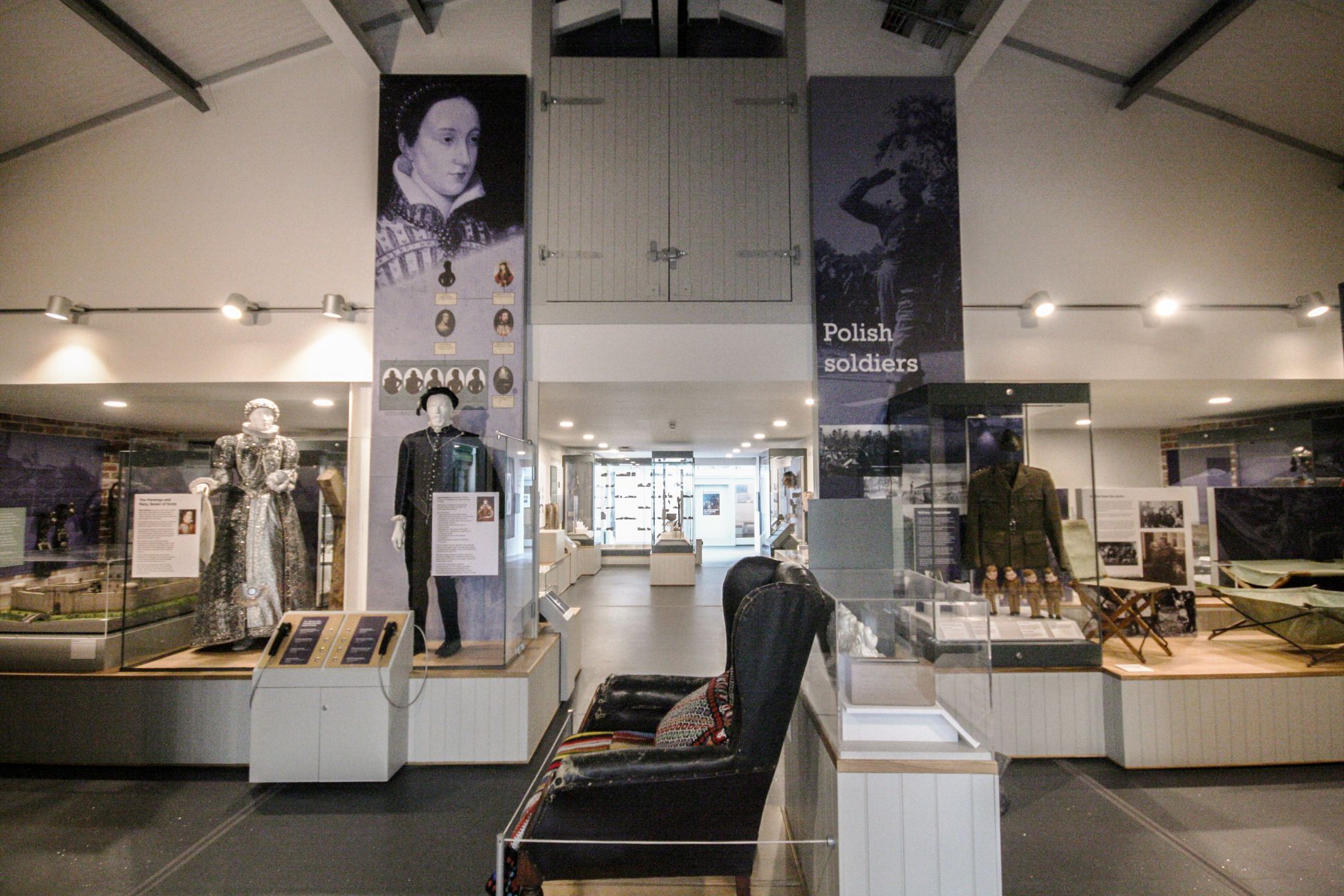 The front half of the museum is also home to a series of full size models of notable people. These include Baldwin of Biggar, who built a large motte in Biggar in the 12th century and became Sheriff of Lanarkshire; Mary Fleming, a local noblewoman who became a member of the household of Mary Queen of Scots; and John Fleming, the 5th Lord Fleming, her brother. At the other end of the size scale, a display of Polish Army uniforms contains four tiny Polish soldier dolls, made by Poles stationed in Biggar during WWII.

The quaint shops in Gladstone Court Streetscape span over 150 years of life in a small town and include an apothecary, grocer, ironmonger, bootmaker, toy shop, printer, clockmaker and dressmaker. Most of the objects, shop fittings and signs were collected locally. When you visit Gladstone Court, listen carefully as you might hear the sounds of children at play or th epostie's knock on the door. You may even want to make a phone call from the telephone exchange, dress-up, play some games in the square or take a seat in the Royal Bank to view a short film or slideshow.

In addition to the museum galleries, the building houses an archive room, stores, retail outlet and a separate area for temporary exhibitions - click on the Biggar Museum Trust Biggar Upper Clydesdales Museum link on the right for details.