How do you turn 4 acres of whin and brush on some South Lanarkshire Council owned land into one of the biggest apple Orchards in the Clyde Valley area? Two willing bodies, some powerful cutting equipment, The Central Scotland Green Network Trust (CSGNT), Clyde and Avon Valley Landscape Partnership (CAVLP) and a solar eclipse; that’s how! 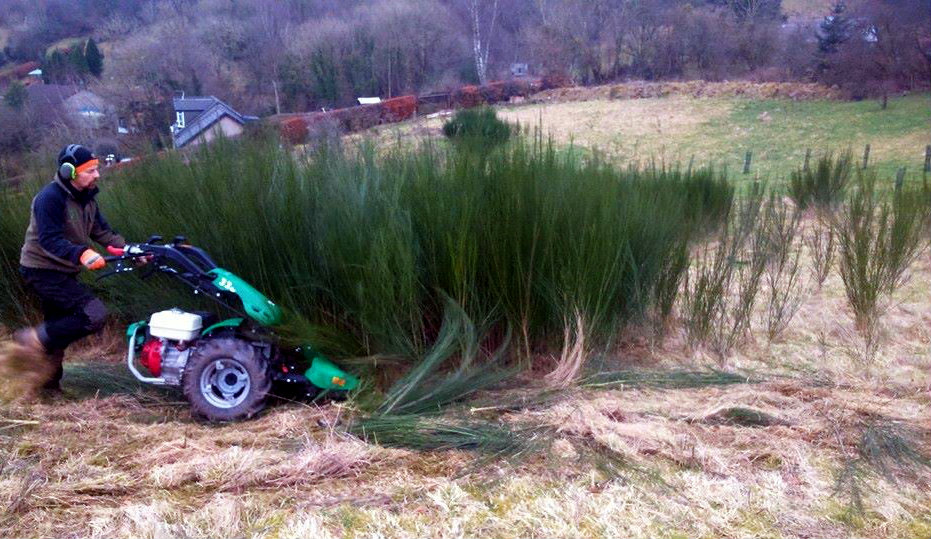 A couple of years ago one of the Clyde Valley Orchard Group (CVOG) members had asked why nobody ever picked the apples in Kirkfieldbank Orchard. Cue some raised eyebrows and head scratching as we all tried to work out where the orchard in question was. It turns out that there was about 10 acres of council land that still had around 40 standard apple trees which had been planted many years back - after a quick bit of restorative pruning the Orchard Group managed to crop around 600kg of juicing apples over two seasons.

What if we could use more of the land though? Thanks to CSGNT and CAVLP, funds were pulled together that meant we were able to clear the site of invasive whin, and build on the modest 22 trees that had been acquired the previous year resulting in a total of 162 new apple, plum and pear trees to add to the 40 odd existing trees, and plenty of space to carry on the work should the opportunity arise in the future. The site now is home to over 25 different apple, plum and pear varieties and will provide good quality fruit for the Orchard Group's development activities on the future. Look out for our very own pressed apple juice in Overton Farm Shop later in the year!