Jean Jones was joined by representatives of project partners and funders, as well as local councillors and members of community groups, at the launch. The trail was created by CAVLP Heritage, managed by Northlight Heritage, working in partnership with Phoenix Futures, as part of the Heritage Lottery Fund and LEADER supported Clyde and Avon Valley Landscape Partnership (CAVLP). It can be viewed by clicking here.

The trail forms part of the CAVLP Heritage Project, Local Landscape Heroes, which celebrates the people and communities that have shaped and been inspired by the landscape of the Clyde and Avon Valley over the millennia. Watch the video below to find out more.

The trail takes walkers past some of the most significant historical features in North Lanarkshire, including the Roman Baths at Strathclyde Park, Clyde Bridge, Dalzell Estate and St Patricks Kirkyard. It will help users learn about the people and communities that built or were associated with these important historical places, such as the Romans, the ancient Celts and the Covenanters, as well as more recent Local Landscape Heroes, such as Phoenix Futures.

The trail was co-designed with Phoenix Futures service users who identified the sites along the route that they thought the general public would be most interested in, and that had a story to tell about the people and communities that transformed the landscape that we see and enjoy today.

Phoenix Futures service users have been working over the last year to enhance a number of sites along the route as well as its network of paths. This continues the work that Phoenix Futures have been involved in over the past few years in the North Lanarkshire area, as part of the their ‘Recovery though Nature’ programme, including enhancing important heritage features found in Dalzell estate such as the Japanese Gardens, the Ha-Ha wall, and the designed garden and landscape.

As part of the Local Landscape Heroes project, the work of Phoenix Futures has been extended into Strathclyde Park, focusing on the Roman Bathhouse. Service users made a huge difference and improvement to the nationally significant archaeological site, including removing vegetation, rubbish and litter and re-mortoring many of the stones back into their original positions.

The Bathhouse was the focus for a Roman re-enactment day, on 1 July this year, as part of the CAVLP Heritage Project, Investigating the Past, which investigated the archaeology of the first mellenia BC/AD in the Clyde and Avon Valley. The family day attracted hundreds of people where they enjoyed the sites of a Roman military camp, camp cooking, Roman craft working and Roman army battle drills.

CAVLP Heritage Officer Dr Paul Murtagh says, “The hard work of the service users has been really inspiring, and often goes unnoticed. I think we can safely say that they are contemporary Local Landcape Hereos”.

He continues, “The idea with the trail is that we will be following in the footsteps of historical people and communities that shaped or were inspired by the landscape of the Clyde and Avon Valley, like the Roman soliders whose Bathhouse we’ve helped preserve and whose roads we still walk down, to the miners from Bothwell Haugh as well as wealthyland owners like Lady Hamilton who designed the beautiful landscape around Dalzell Estate that we enjoy today.”

“But we also wanted to celebrate people who are contemporary Local Landscape Heroes whose work often goes unrecognised, such as the group of local RSPB members who helped form Baron’s Haugh in the early 1980’s, as well as the work of Phoenix Futures who have been helping to enhance and preserve important natural and historical sites so that people and communities can continue to enjoy the beautiful, historical, landscapes today”.

He continues, “This conservation partnership has helped hundreds of people through their recovery from drug and alcohol problems, and their regular work has benefitted our local communities - the trail being a perfect example.  Thanks to Service Users and staff, CAVLP Heritage, North Lanarkshire Council and all those who have made this work.”

Roy, Phoenix Futures service user, says, “I have been working with the RtN program for 18 months now. It's by far and away the longest and best program I have had the privilege of being involved with. The benefits to my social skills, mental health and physical health have been vast. Our group is involved with various projects including establishing this public historical trail which passes through Dallzel Estate, Baron’s Haugh and Strathclyde Park. One fact l do know is this program works”.

The trail booklet will be available in local libraries, lifestyle and leisure centres throughout North and South Lanarkshire. Digital copies can be downloaded here. 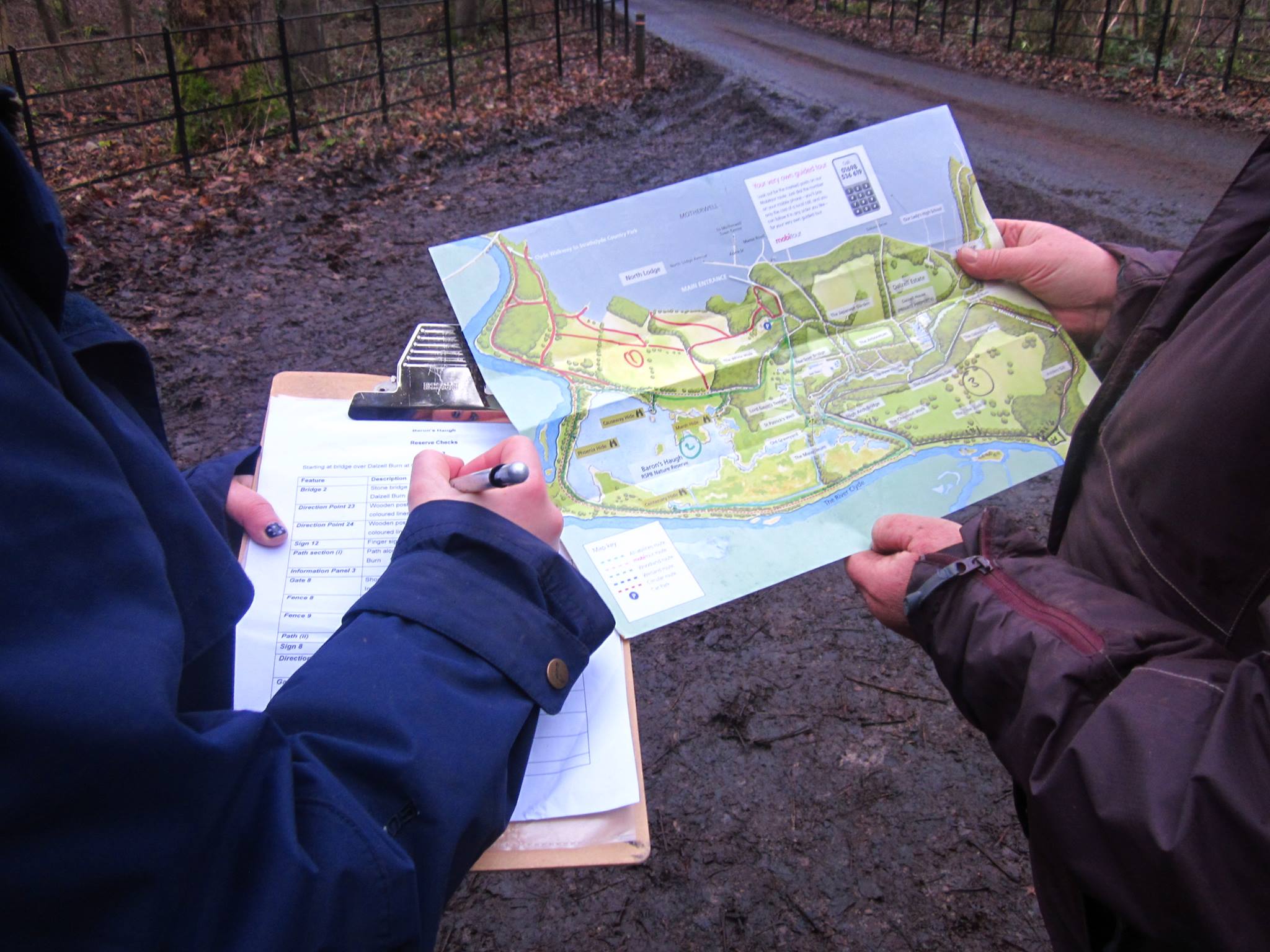 Stephen Owen, Warden at RSPB Baron's Haugh talks us through what's happening to restore the historic landscape at the reserve including replanting and digging out the Victorian curling pond. 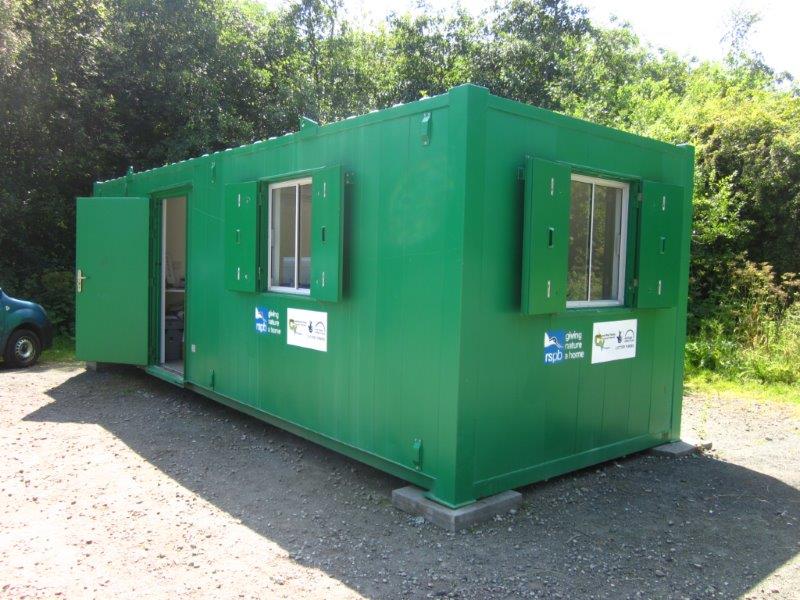 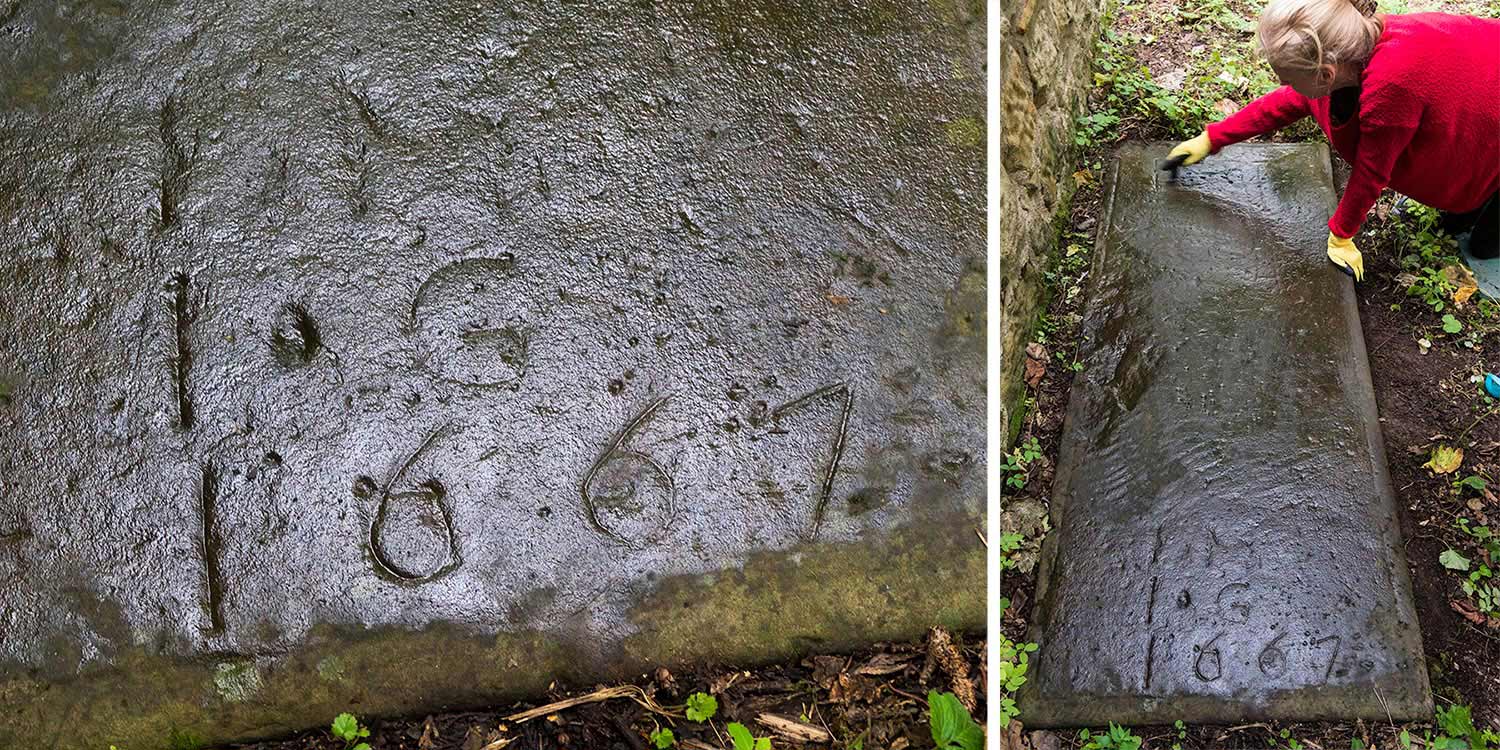