Back in 2011, woodland management at Dalzell Estate was urgently required to improve the structure of the woodlands and ensure the continued development of this unique designed landscape of remarkable quality and maturity.

The local heritage includes built, industrial, cultural, and natural features, but it is the woodlands which give the estate such a rich setting so valued by local people. It is home to an abundance of wildlife, including badger, roe deer, sparrowhawk, nuthatch, and several species of bat. Among its features are the ‘Covenanter’s Oak’, which may date back 800 years; an arboretum; and fine specimen trees throughout. Originally a royal hunting forest, the estate also provides the setting for the only category A listed house in North Lanarkshire – originally founded by the Dalzell family in 843 until it was sold in 1647 to James Hamilton.

Actions to manage the woodland would also improve biodiversity, and make for a more enjoyable visitor experience. To achieve the required improvements, North Lanarkshire Council prepared a woodland management plan for the estate, to be delivered using funding from Forestry Commission Scotland’s Woodland In and Around Town (WIAT) challenge fund and the Clyde and Avon Valley Landscape Partnership.

At the start of the project, rhododendron formed a dense layer through the majority of the woodland and was inhibiting native plants. Parts of the woodland needed thinned to allow regeneration of younger trees. A number of mature trees near to access and path routes had potential safety issues and the arboretum included a number of damaged and poorly formed trees. The arboretum in general was becoming overlooked as a feature due to rhododendron blocking views into the area. Although the majority of the path network was in good condition, there were sections suffering from erosion and under threat from land slip. Elsewhere paths were becoming dark with poor lines of sight due to encroaching side vegetation and dense rhododendron at the woodland edge.

Now, the rhododendron has been cut and regrowth has been chemically treated. This has opened up the woodland increasing light to the woodland floor providing better conditions for tree regeneration and native plants. Targeted thinning work has opened up dense woodland areas. Tree safety work has been undertaken to deal with dangerous and damaged trees near paths and access roads. Works have also been implemented to open-up and rejuvenate the arboretum with poor specimens removed and 20 new specimen trees planted. 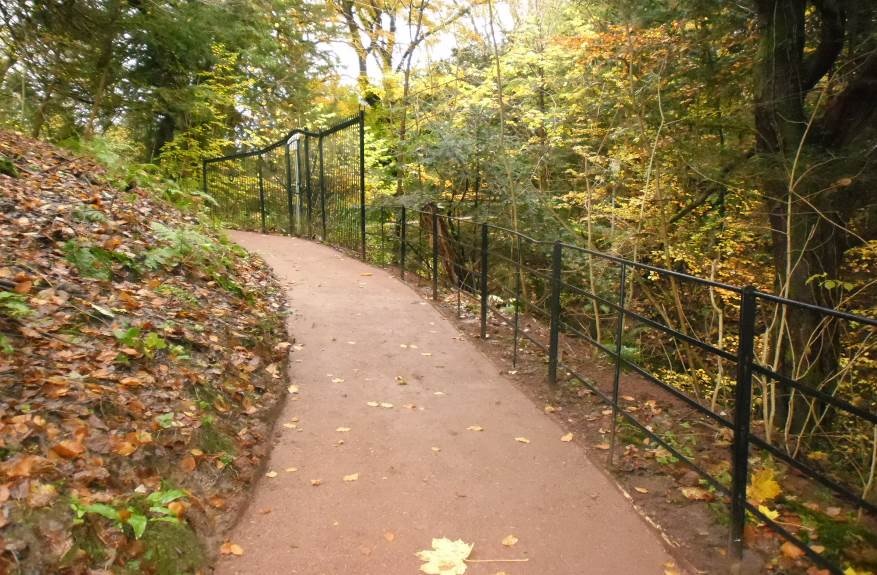 Damaged path routes have been resurfaced with improved drainage installed. An earth embankment has had large trees removed and has been re-shaped to reduce the risk of land slip. In the east a new path link has been formed improving access, together with new signage.

The completed project has provided a huge benefit to the estate. Why not plan your visit today so that you can enjoy the improved appearance, safety and accessibility of the woodland for yourself?

For more information on the Dalzell Estate, see http://www.northlanarkshire.gov.uk/index.aspx?articleid=6420