Aileen Campbell was joined by representatives of project partners and funders, as well as local councillors and members of community groups directly benefitting from the improved access at the launch.

Thanks to funding from Sport Scotland through the Legacy 2014 Active Places Fund which aims to secure a lasting legacy from the 2014 Commonwealth Games across Scotland and the Heritage Lottery Fund supported Clyde and Avon Valley Landscape Partnership (CAVLP), five key walking trails linking communities with the Clyde Valley have been upgraded and improved. 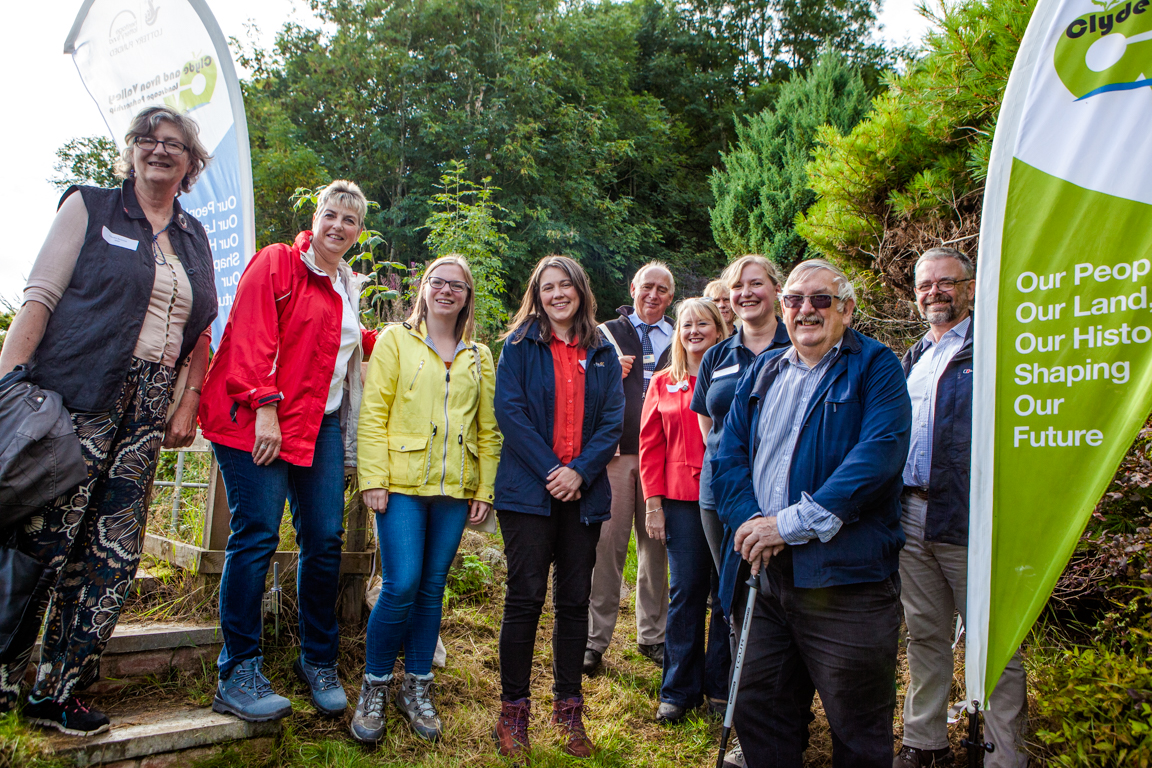 More people are now able to use the historic pathways following surface and drainage improvements, vegetation clearance, new signage and new style gates. The routes had been much loved and used by workers and leisure walkers in the past, but were in poor condition, and not used to their full potential.

The Clyde Walkway Community Links project was carried out under the management of Central Scotland Green Network Trust on behalf of South Lanarkshire Council.  The five improved trails have been digitised and publicised via a new digital trail website for the Clyde and Avon Valley Landscape Partnership funded under the Smarter Choices, Smarter Places initiative managed by Paths for All - Scottish Government funds to encourage less car use and more journeys by foot, bicycle, public transport and car share.

Aileen Campbell said, “I was delighted to be here this morning to open this fantastic newly refurbished route along the Clyde which will allow people of all ages and abilities to use the path for walking and cycling. I would like to extend my thanks to Central Scotland Green Network Trust for managing this project and to the many partners who made valuable contributions.

“I’m particularly delighted to see the culmination of the work renovating this walkway because it has been partly funded through the Scottish Government’s Legacy Active Places Fund, which was intended to help secure a lasting legacy from the 2014 Commonwealth Games.

“Clyde Walkway Community Links is a great example of the way communities across Scotland are embracing the Games Legacy and coming together to deliver projects that are helping people become more active.”

The Scottish Government is committed to increasing rates of physical activity.  The National Walking Strategy (NWS) was launched in June 2014 and is a key element in the delivery of the National Physical Implementation Plan, a 10 year improvement plan.  The aim of the NWS is to get “more people walking, more often”. 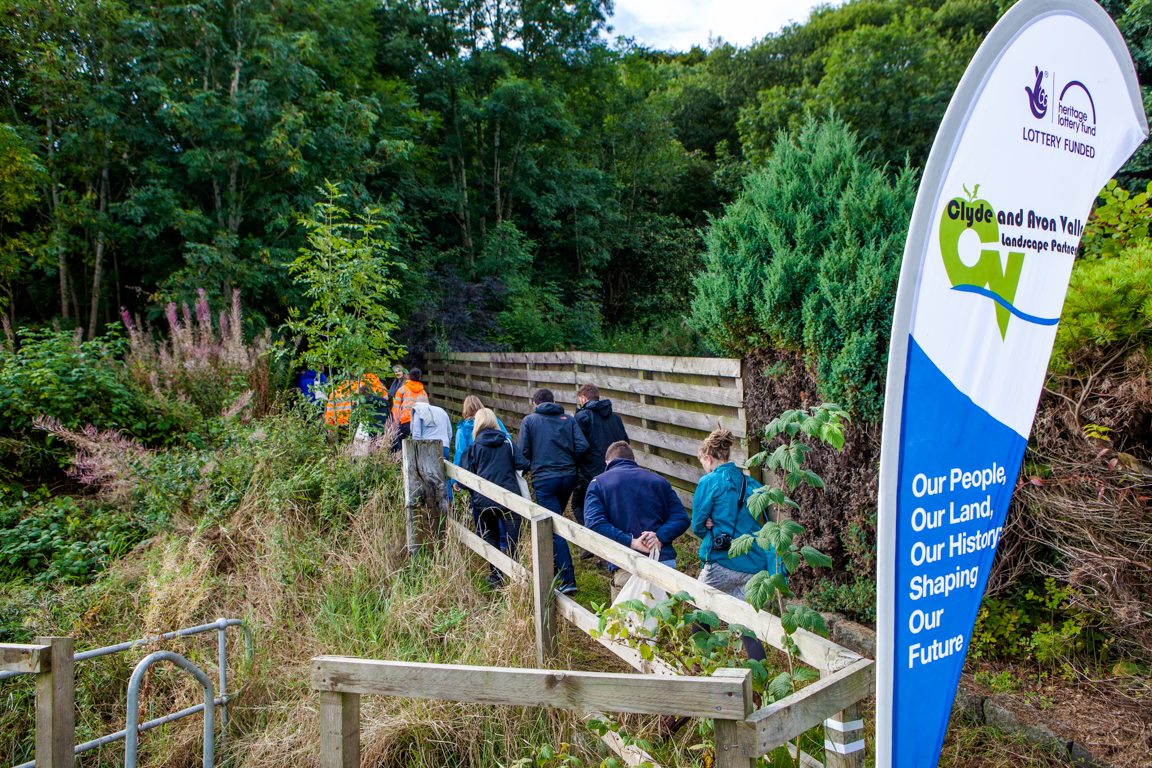 “The opening of these improved trails will give local residents and visitors alike the opportunity to enjoy the outdoors, with its stunning views and scenery.  Ancient woodlands have clung to the gorge sides in the Clyde Valley for centuries, providing a sanctuary for a wealth of wildlife with many scenic hidden gems just waiting to be explored.

Malcolm Muir, Countryside and Greenspace Manager with South Lanarkshire Council said, “This project addresses the limited access from Larkhall, Carluke and Lanark to the Clyde Valley.  The improved paths connect the towns on the shoulders of the Clyde Valley to the Clyde Walkway therefore opening up a range of potential healthy pursuits.  Many of these routes would have been in use since ancient times. Although used more for recreation nowadays, they would have been practical routes linking communities with places of work such as the jam factories, glasshouses and mines.

“The routes take in a variety of interesting historical features which are being researched through the CAVLP Heritage Capturing the Past project. So far, volunteers have found evidence of old quarries, mines and even a Bronze Age cairn at Law.”

Detail of the new improved routes are available online or as a download - click the links below.