Nestled on a nondescript wooded mound in the Lanarkshire countryside a little-known burial ground was being consumed by nature.

The private burial ground of the once grand Mauldslie Castle estate is situated out of sight behind a private residence, and fell out of use around 1930, only a few years before the demolition of the castle itself. While the modest site lies near the site of a medieval chapel, which later relocated to Carluke, not much is known about the early history of the estate, which was a Royal Hunting Forest in the 13th century. But, the burial ground is certainly marked as part of the designed landscape of the estate, the subject of recent research by Glorious Gardens, and features on Roy’s Military Survey of Scotland in the mid-18th century.

Over recent years the site had become the victim of unchecked rhododendron invasion which exceeded the abilities of the current owner and made accessing the gravestones, or even gaining a good picture of the layout of the site, extremely challenging. This was preventing a proper record of the burial ground being produced and so before recording work could be done there was a battle to be fought!

Luckily volunteers were on-hand from Clydesdale Community Initiatives, a unique social enterprise who undertake projects to provide people with opportunities to contribute to community projects by focussing on their interests and abilities. After two days the rhododendron was finally defeated and there was a lot of enthusiasm for the big fire needed to get rid of all the cuttings.

The true picture of the burial ground is now revealed, a hint of the once grand designed landscape in which it was situated. While the fascinating little site is not readily accessible to the public (due to it the location in the garden of a private house) the inscriptions and built heritage are now revealed and accessible for volunteers, and we hope to begin more work soon.

Glorious Gardens on site at Mauldslie 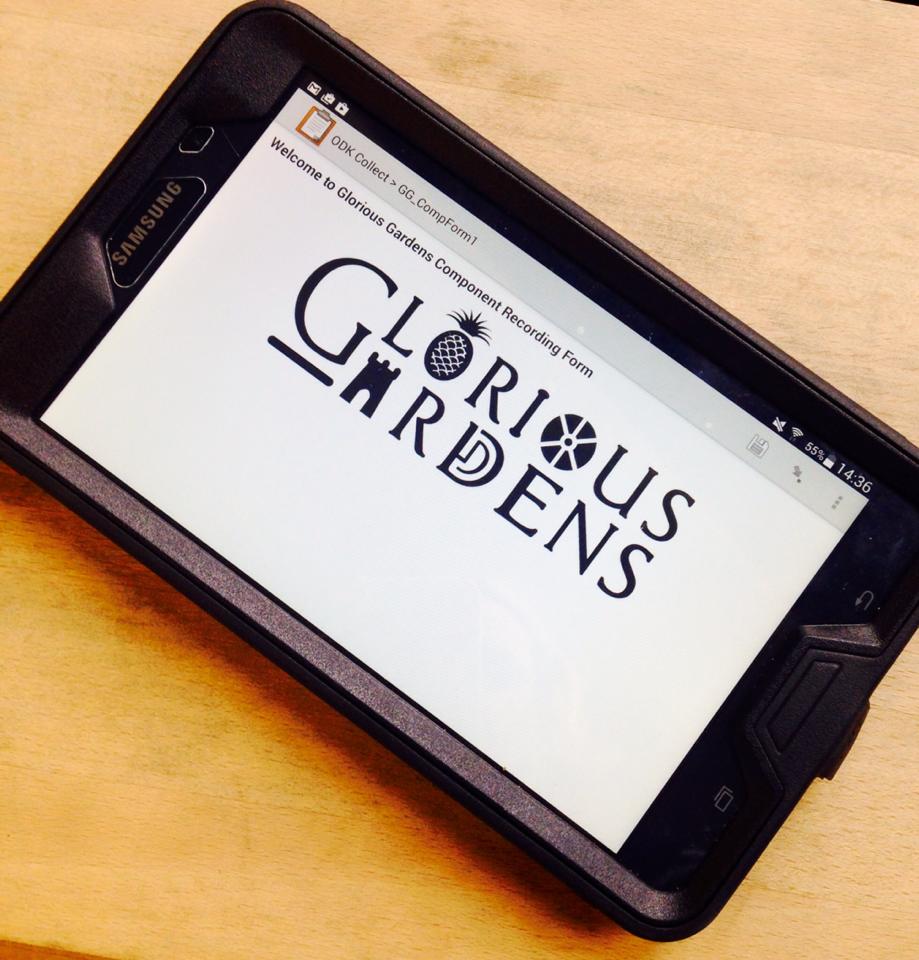 New discoveries and interesting pasts are being uncovered as the Glorious Gardens project moves into a new and exciting phase! 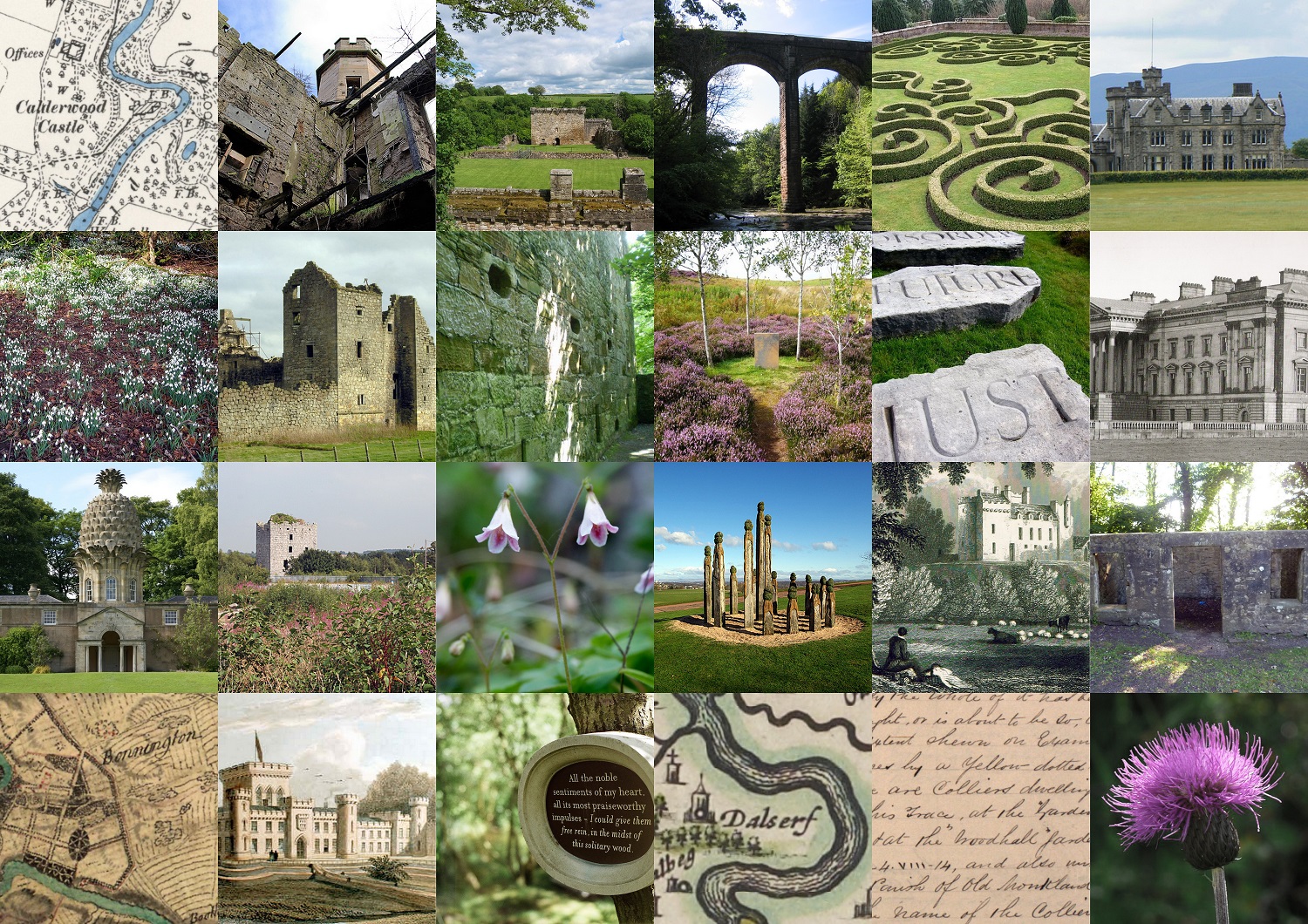 Volunteer for our Glorious Gardens Project