The enigmatic boulder of Sampson’s Slingstane is perched on the edge of a sandstone cliff within the deep gorge of Fiddler Burn.

Said to be a remnant of a boulder flung by the giant Sampson, Sampson’s Slingstane is a 4 metre diameter block of coarse-grained sandstone of unknown age and origin. The stone may have been part of a moraine, an accumulation of material deposited by ice, formed along a former ice margin made by a glacier blocking the western end of the dry valley of Nemphlar Channel, to the south-east. 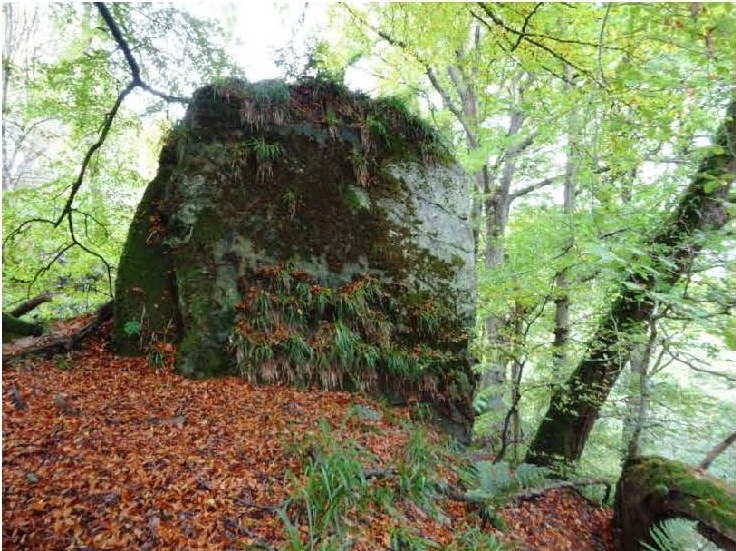 It is possible that the removal of other morainic debris during floods in the gorge may only have left behind this one big boulder. Alternatively, the stone may have been eroded from the gorge walls and carried to its current position in catastrophic floods during or soon after deglaciation, some 20,000 years ago.

Fiddler Burn is deeply incised into limestone, where there is evidence of former coal workings. This Limestone Coal Formation, formed during the Carboniferous age (359 – 299 million years ago), when this part of the world was covered in dense, swampy, tropical forests, contains a number of coal seams. The sandstone crag which Sampson’s Slingstane sits on is 6 – 10 metres high. At the base of the crag, is a 20 centimetre thick mudstone bed which contains fossils and ironstone nodules. The mudstone bed, softer than the sandstone, is being eroded by up to 2 metres in places, exposing a bed of sandstone. 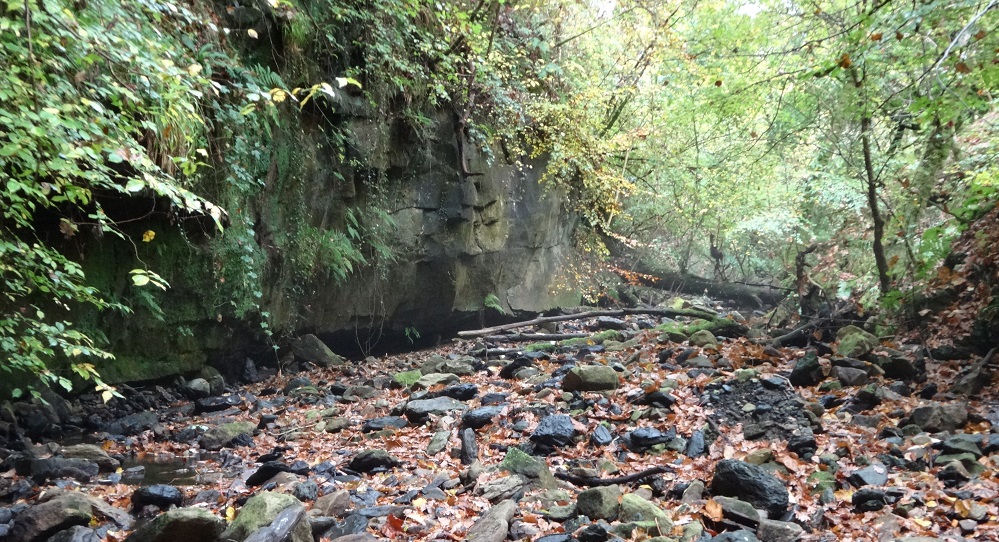