The Avon Walkway near Millhaugh and the River Avon in Morgan Glen provide examples of strata belonging to the Scottish Lower Coal Measures and Scottish Middle Coal Measures. Along the Avon Walkway, rare exposures of mudstone and siltstone can be seen where the walkway crosses an eroded gully that joins the Avon 300 m north of the Millhaugh Bridge.

Along the Avon in Morgan Glen, sandstone is exposed in a small waterfalls and cliffs along the opposite bank of the stream, which are extensively covered by moss. 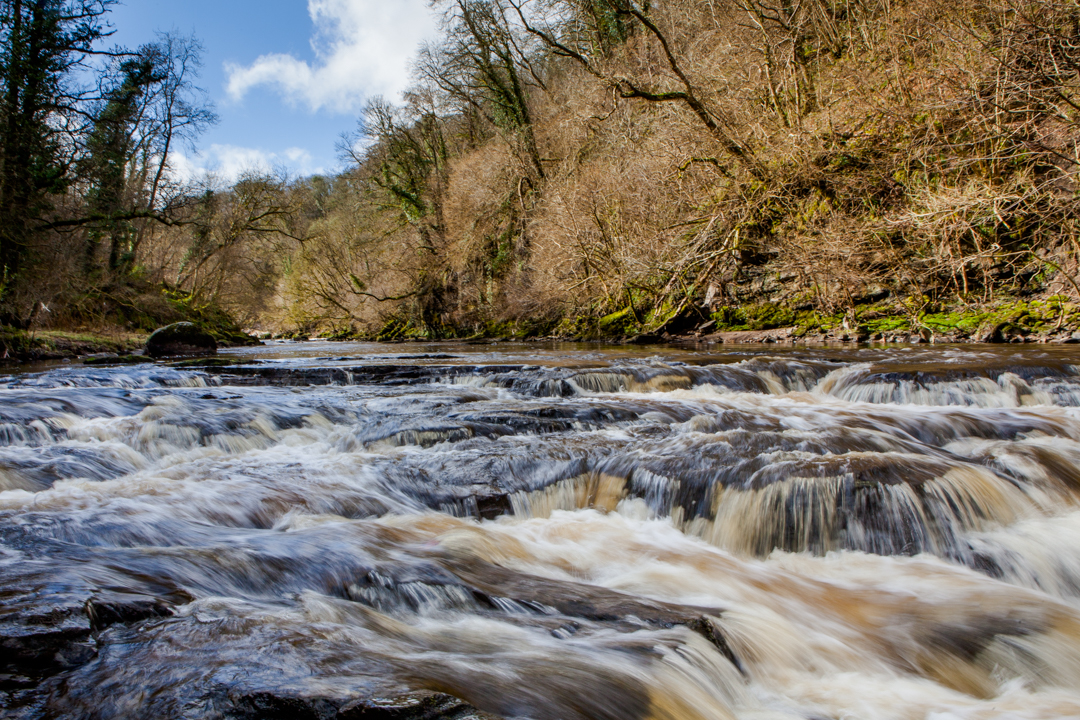 The deep valley at Morgan Glen has been cut by the River Avon into sedimentary rock and sandstone outcrops are seen in places along the river bank, but the best example is found at a small waterfall. Some 80 m upstream from the waterfall, layered strata of the Middle Coal Measures (sedimentary rock layers which often contain seams of coal) are well visible in the west bank of the river at the base of a 15-20 m crag.

The section of the Avon Walkway between Fairholm and Morgan Glen, west of Larkhall follows the west bank of the River Avon, and passes the village of Millheugh near Millheugh Bridge. 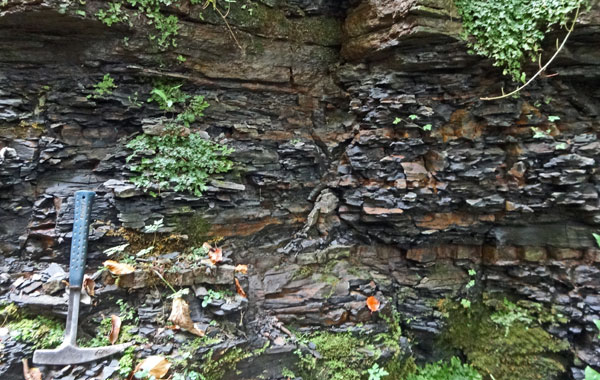 The River Avon does not follow a dramatic gorge in this section, but is cut into strata of the Scottish Lower and Scottish Middle Coal Measures. Sandstone is exposed in places along the banks of the Avon, but contains few interesting features. The overlying siltstone and mudstone succession is well exposed in an incised minor burn near Sunnyside. The section is visible from the footbridge and can be accessed fairly readily, although the ground is rough and there are several fallen trees across the burn. Minor coal seams are mapped in the succession on historic fieldslips, but as they are thin and do not form distinct features they were difficult to locate during the survey due to poor light. Minor evidence for surface workings and/or shafts associated with former coal workings can be seen near Fairholm, with others marked on historic maps