With a history of quarrying and mining for sandstone, sand, gravel and coal, Chatelherault and the Avon Gorge is a great location to start exploring the geological story of the Clyde and Avon Valley.

The Chatelherault Visitor Centre provides a wealth of information on the geology and mining history of the local area if you’d like to find out more, and you can follow onsite signage for ‘The Mineral Railway’, for geological exploration on foot.

Ancient river systems, with origins in the Devonian (416 – 359 million years ago) and Carboniferous ages (359 – 299 million years ago), were responsible for the area’s sandstone and coal reserves, of historic importance for the economic wealth of Central Scotland.

The most visible evidence of quarrying is to the front of the former Hunting Lodge, now the Visitor Centre, where a big dip in the landscape is all that remains of an early 20th century sand quarry. This particular part of the landscape is underlain with a thick deposit of sand that was left behind as the Avon Water and tributaries drained into Lake Clydesdale. It was thought to be the last major lake to form in the Clyde Valley during deglaciation around 20,000 years ago and lay approximately 6 km north-west of Chatelherault, near to modern day Blantyre.

But perhaps the most poignant reminder of extensive coal mining is the absence of Hamilton Palace, once one of the grandest houses in Britain. It was demolished in 1927, due to subsidence from nearby mines. A number of grand houses in the Clyde and Avon Valley suffered the same fate. Visitors to the Hunting Lodge have sometimes been known to complain of sea-sickness as the floor gently slopes to the side – another impact of subsidence.

At Chatelherault County Park, the Avon Water runs through gorge formed of coal bearing sedimentary rocks. In places, jigsaw-like cross-bedding, which dip in the direction of fluid flow at the time they were formed, can be seen, as below. In the northern section of the gorge, you can see purple to red sandstone exposed near the Duke’s Bridge, along the Mineral Railway Path, which formerly carried coal from the Avon Valley to Hamilton. The best examples of coal bearing formations can be seen in the crags on the opposite side of the Avon Water to Hoolet Row, to the south. 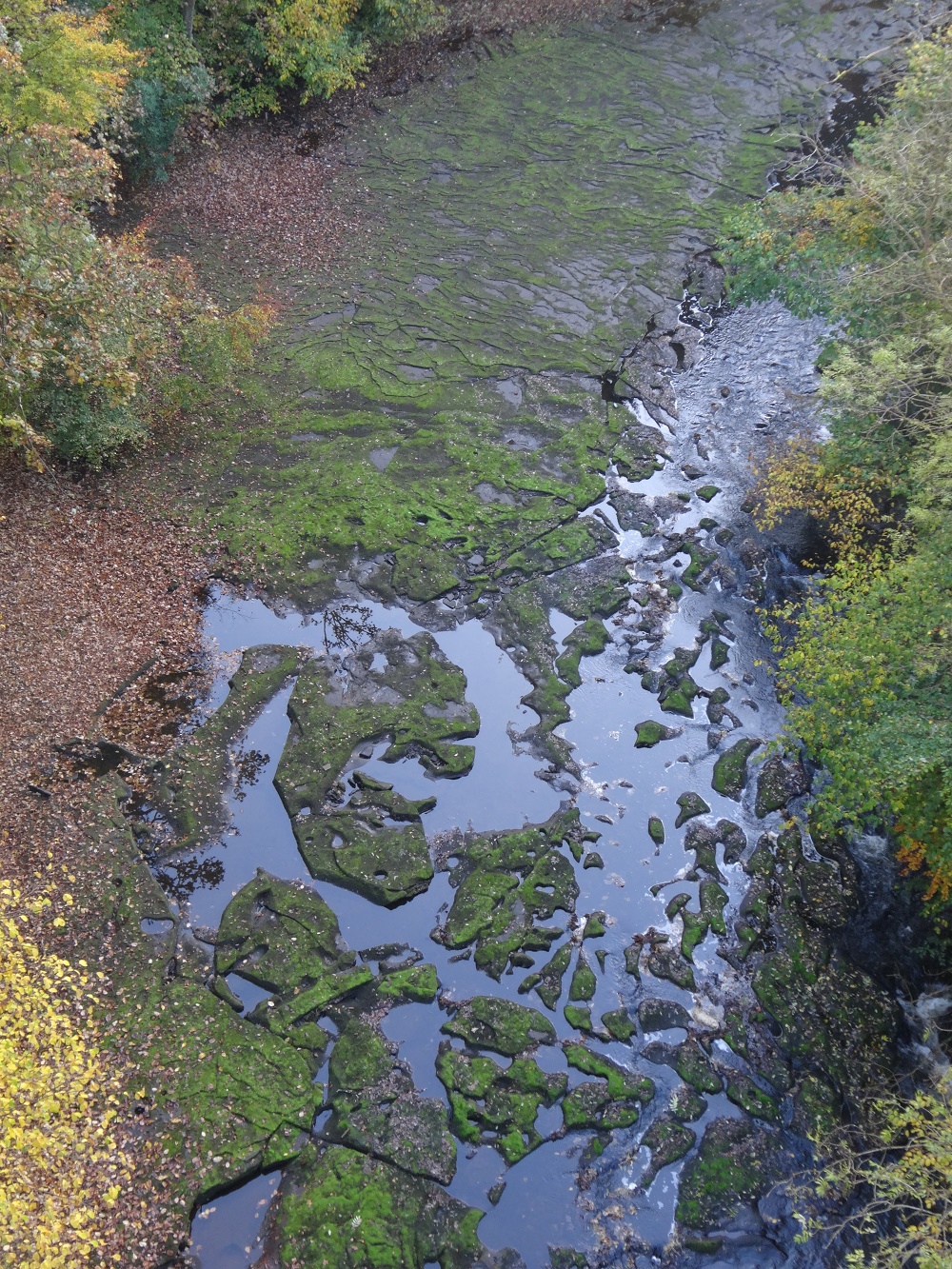 Hoolet Row itself is said to be the remains of some 19th century miners’ cottages, who would have worked locally. A few abandoned mine shafts can still be detected at Chatelherault.

The Hunting Lodge is constructed in yellow to orange sandstone that may have been sourced locally, and it’s thought that locally quarried stone, such as that from Threepwood Quarry, was used in the construction of Hamilton Palace. A decorative fireplace in the lodge is made from Cambuslang marble, which is actually limestone quarried from nearby and so called due to its capability of an extremely high polish. 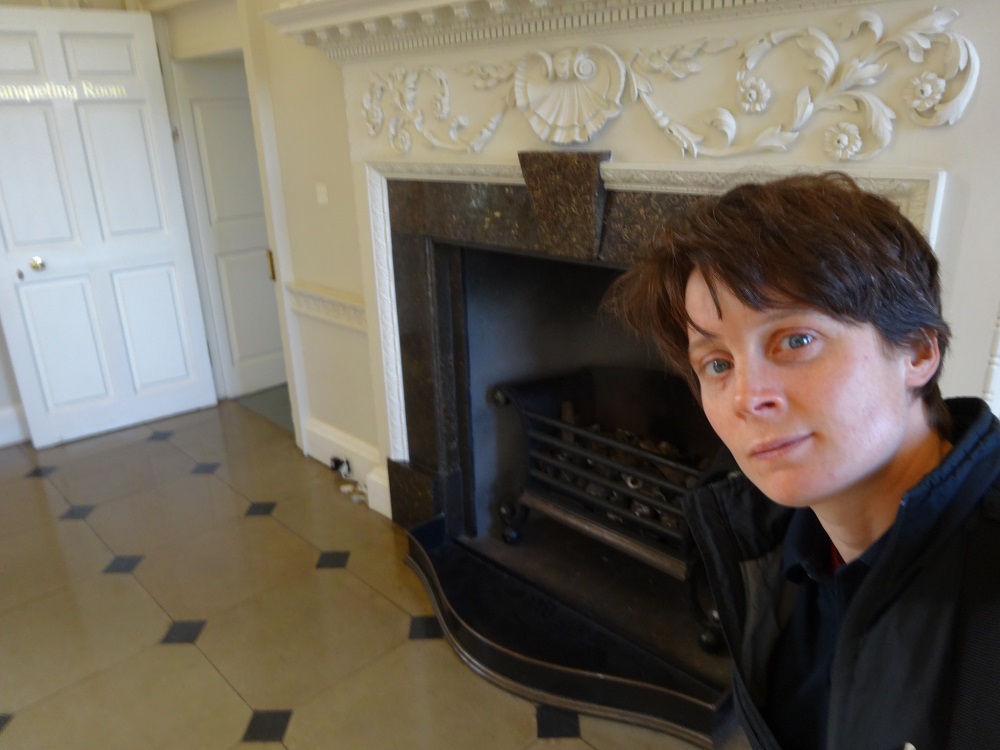