Formed by cooling magma millions of years ago, Black Hill is a fabulous viewpoint for taking in some of the stunning geological features of the Clyde and Avon Valley.

If you look north-east, to the opposite side of the Clyde, you can see the dry valley of the ‘Nemphlar channel’, thought to have been the original channel of the Mouse Water, before the new course was cut by an ice dam breaching during the last ice age, some 20,000 years ago. 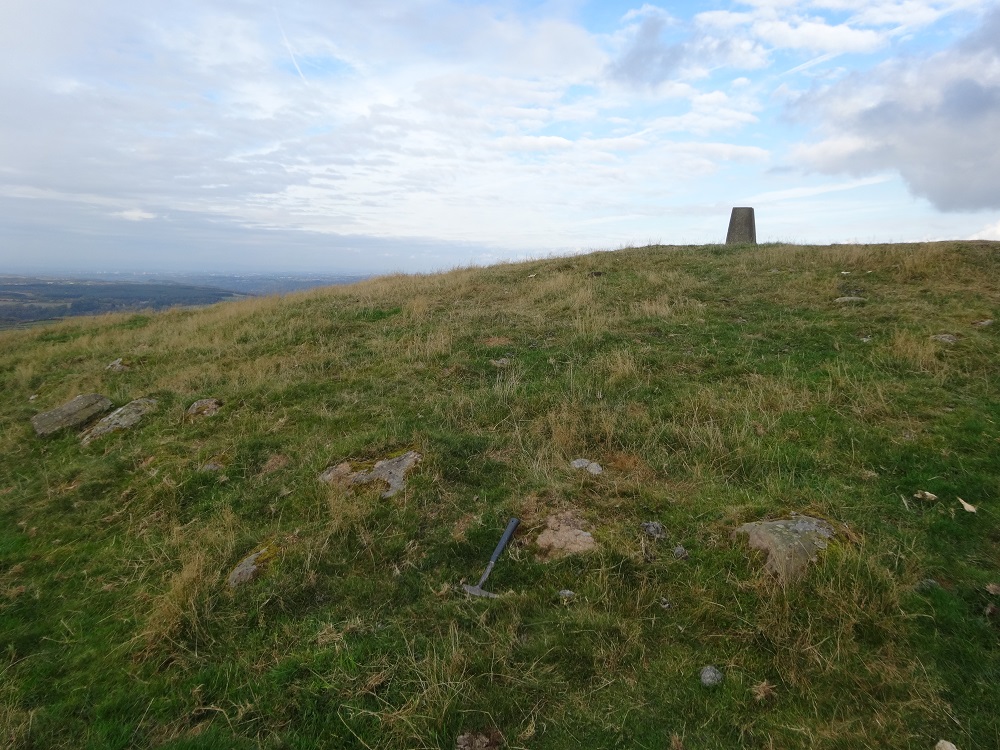 Follow the Clyde upstream with your eyes, from Lanark towards Hamilton, and you can see the landscape change from higher ground with deep cut gorges, to lower and broader terrain. This marks the boundary between the Devonian age (416 – 359 million years ago) and Carboniferous age (359 – 299 million years ago) formations. The Devonian sandstone is harder than Carboniferous rocks, meaning that they are associated with higher ground, and deeper, narrower sections of the Clyde Valley, such as Cartland Craigs and the Mouse Water, near Lanark. The softer, Carboniferous terrain is generally lower and broader, like you can see to the north-west, towards Overton Farm. 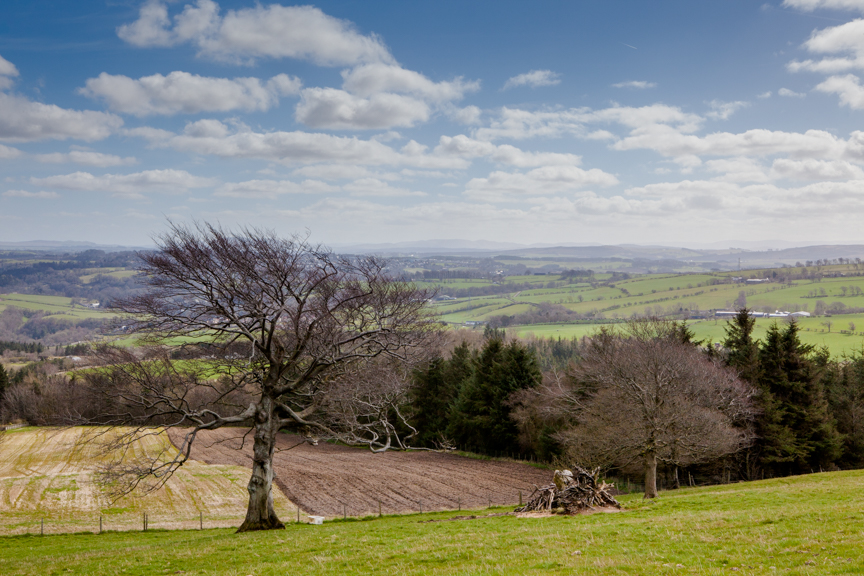 Black Hill itself was created by igneous rocks, formed of cooling magma or molten rock, which now lie under the hill. The molten rock rose from deep within the Earth’s crust and squeezed into weaker parts of the existing sandstone. Near the hill’s grassy summit, you can see pale pinky-orange, crystalline felsite - a form of igneous rock, which forms the ridge between Black Hill and Hazelbank. Igneous rocks tend to be more resistant to erosion than surrounding sedimentary rocks and commonly form areas of higher ground. 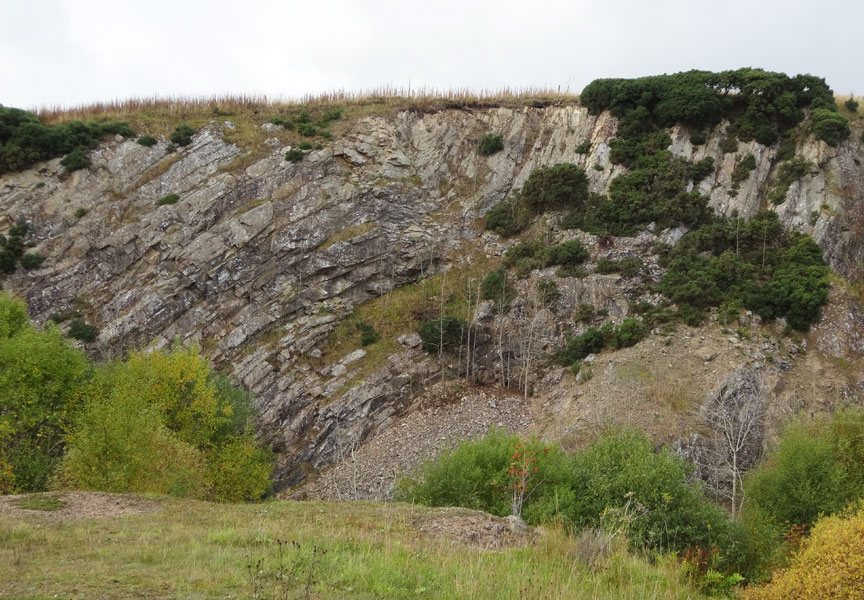 On the eastern flank of the hill lies Stonebyres Quarry, which provides an insight into the nature and structure of the resistant igneous rocks that form Blackhill. Slightly inclined cooling fractures nearly the full height of the quarry are seen in the quarry faces, in places where the quarry faces are slightly overhanging, the polygonal nature of the fractures can be seen. These cracks formed as the hot magma contracted as it cooled and solidified, the same process that formed the famous ‘honeycomb’ network of joints at the Giants Causeway in Ireland. 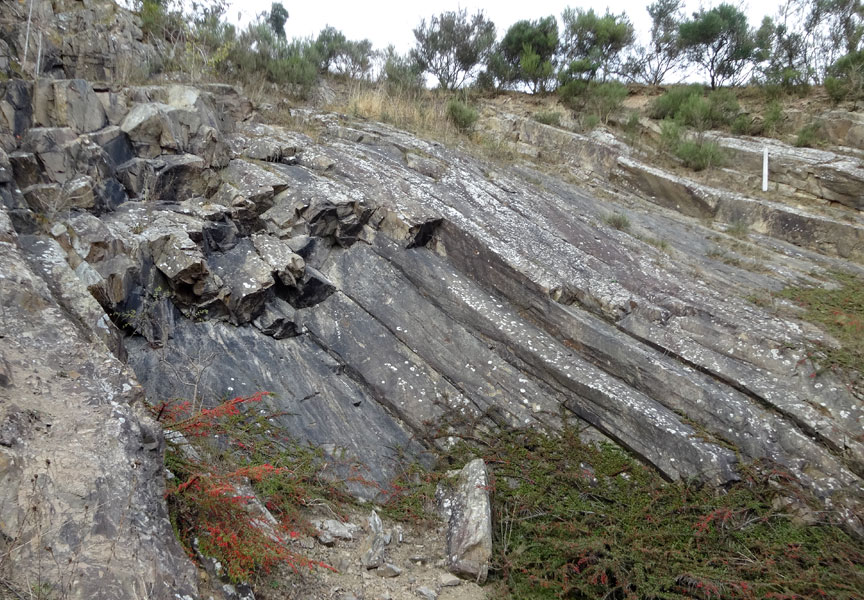