Stonebyres Falls, sometimes called Stonebyres Linn, is the fourth Falls of Clyde – the others being located in the Scottish Wildlife Trust Falls of Clyde Nature Reserve further upstream. They are best viewed from the Clyde Walkway in winter when the trees are not in leaf.

The present day River Clyde exhibits a wide range of channel types, from high energy, to bedrock floored streams and gently flowing, meandering, channels. The high-energy character of the Clyde can be seen in the rocky waterfall and gorge section of Stonebyres Falls. The rocky streambed at the falls displays a range of features including potholes and plucked blocks that are indicative of the main erosion processes by which rivers cut channels into resistant rocks.

Stonebyres Falls are formed of two rock steps – the upper being 3 metres high and the lower 15 – 18 metres high.

The Devonian period (417 – 354 million years ago), also known as the Age of Fishes, since several major fish lineages evolved at this time. Sea levels were high and the global climate was warm. During this time, Scotland lay at the heart of a large continent, and was located geographically in the arid belt to the south of the equator. There were no land plants during this time – early Devonian rocks are dominated by fluvial sandstones and conglomorates made up of pebbles and cobbles. Pebbly horizons of early the early Devonian period can be seen in the sandstone beds of Stonebyres Falls. 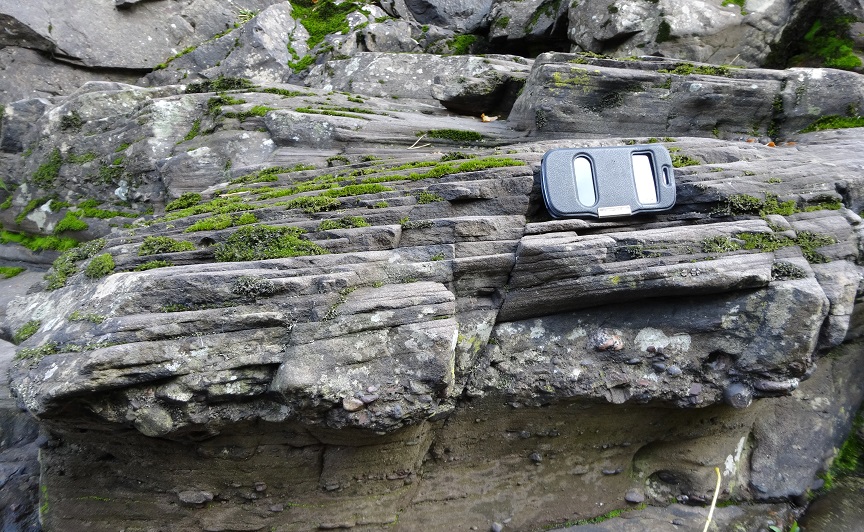 The upper section of Stonebyres Falls, looking east. A small cylindrical pothole, partially filled with water, can be seen in the left foreground. These cylindrical erosional features are formed in bedrock river beds by the grinding action of grains carried in an eddy (circular current) of water. 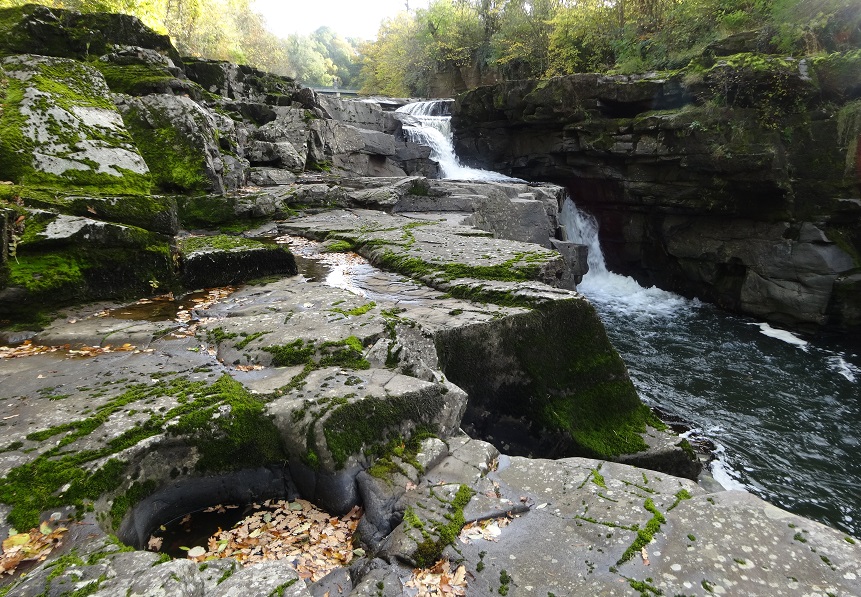