The question of a public park in Stonehouse was first raised by the Coronation Committee in 1911. The Parish Council was requested to investigate the possibility of providing this recreational facility and approached Sir Robert Sinclair Lockhart who stated he “could not see his way to support such a project”.  The Parish Council then directed its efforts to an open area in New Street owned by Mr John Hamilton but alas with no success.

The village’s public park was made possible due to the kind generosity of a former native of Stonehouse, Alexander Hamilton. Born and brought up in Stonehouse, he later made his fortune as head of the Victoria Carpet Company in Kidderminster and later making khaki uniforms for the troops in the Great War. It was his wish that he could leave something for the village that he visited annually and loved so dearly. Thus the council were left the task of finding a suitable site. After much discussion and argument a ten acre site was purchased for £500 from the land of Holm farm. Many people thought a flatter area would be more appropriate and others even thought Mr Hamilton would have been better spending his money on a factory for Stonehouse.

On 30th May 1925 Alexander Hamilton fulfilled his dream and presented the park, bandstand and fountain to his native town. He died four years later. The park does not however take its name from the benefactor but from his grandfather and namesake Alexander Hamilton.

The bandstand was bought by Fourth District Council from Glasgow District Council in 1924, later turned into a tea room in 1965 before returning to its original state in the mid 1980s. There once stood a bandstand on the banks of the Avon near the viaduct, but there is no evidence of it today.

In 1933, the famous chute was installed, said to be the longest in Scotland, if not Europe, at the time. It was opened by Councillor Thomas Wilson, but sadly was dismantled in August 1967 because it was considered too dangerous. Councillor Wilson was at the park again to open the tennis courts, putting green and pavilion in the early 1930s. When Sir Harry Lauder visited the park in August 1942, he said, “It’s a bonnie park; yin o’ the nicest I’ve ever been in, an’ something Stonehoose folk should be rale prood o’ ”. Despite the recent neglect of the park it still overlooks one of the most spectacular views of the Avon valley.

On May 3 1911, the Scottish Exhibition of Natural History, Art and Industry was opened in Kelvingrove Park, Glasgow, by the Duke and Duchess of Connaught. In the construction of the 62 acre site at Stonehouse Park, a bandstand was built near the site of the present bandstand, built after the exhibition in the 1920s.

Stonehouse bandstand now commands a magnificent panoramic view of the Avon Valley from the Alexander Hamilton Memorial Park in Stonehouse, purchased by Fourth District Council from Glasgow District Council in 1924. The exhibition itself attracted nearly 9,400,000 visitors from around the world, with an admission price of a shilling or 16d if you were under 16 years of age. At a cost of £143,000 to finance, one of the aims according to the official catalogue “was to keep alive, in the breasts of all who reverently look upon them, the love of their native land ‑ the ancient kingdom of Scotland ‑ and will sustain affection for those who have made their nations history”.

The 1911 exhibition was established during an era of industrial depression. There was a slump in the ship building industry and unrest in the docks, mines, railways and factories throughout Scotland, culminating in strikes in 1911 and 1912. The Glasgow exhibition heightened the resurgence in nationalism when devolution was the issue of the day and when the Scottish vote of 1910 had been largely responsible for confirming the Liberals to power. Scottish Liberals in Westminster were committed to devolution, when nearly a third of the cabinet were Scots, and when independence was not unthinkable. Political nationalism had the knock on effect of reviving awareness in our cultural history, hence the great attraction for the millions of visitors who attended the exhibition in the six months it was open.

Located predominately in Kelvingrove Park, the Stewart Memorial Fountain (still present) was the focal point of the various exhibitions within the park, including; industry, history, fine arts, machinery and music. Some of the larger exhibits included were a highland village, a garden club, an aerial railway, a mile long mountain slide and an African village. Among the Scottish collection of historical significance were, a complete set of the charters of Scottish Kings, the letters of Sir William Wallace, the sword of King Robert the Bruce, the brooch of Lorne dragged from Bruce on the battlefield in 1306, relics of Bonnie Prince Charlie and Queen Mary, and literature by Robert Burns and Sir Walter Scott. Music and entertainment were organised on a scale never seen before. An amphitheatre and bandstand were designed to be handed over to the corporation after the closure of the exhibition in November 1911. The amphitheatre was constructed to facilitate an audience of 10,000, while the bandstand enthralled the public with an array of talented bands.

It was also the intention of the event that “the exhibition should be so designed as to create a greater public interest in Scottish History and Literature; should celebrate distinguished Scotsmen; and should represent a realistic picture of Scottish Burghal life in bygone times”. The exhibition was acclaimed world wide as a major success for Scotland and the city of Glasgow.

When the Alexander Hamilton Memorial Park was opened on 25th May 1925, the newly purchased bandstand was the centrepiece of this popular Lanarkshire tourist attraction, entertaining audiences with bands from all over Scotland, including Stonehouse’s own Pipe Band (World Champions 1909) and Silver band (Scottish Champions 1919). The bandstand was temporarily altered to incorporate a tea room but was later reinstated to its original state due to attacks of vandalism, and has more recently entertained residents and visitors with bands from far and wide. The park itself was probably better known for the longest chute in Scotland, opened in 1933 by Councillor Thomas Wilson and later dismantled in 1967 for safety reasons. Sadly this park is only a shell of its former glory but the bandstand still stands majestically as a silent memory of its illustrious past.
Credit John Young

Friends of Stonehouse Park came along in May 2015, a group of likeminded volunteers sought to bring back a focal point in our community. through the planning of family friendly events we have sought to increase use of the park, which hopefully in turn will lead to more investment and maintenance for future generations. Advertising through CAVLP and Facebook the group hold regular events including an Easter Egg Hunt, summer fun day, Gruffalo wood walk, Duck Race, Halloween Fright Night & Snowman trail. Additionally we regularly hold volunteering days to encourage people into the park clear areas and make them more accessible. Furthermore we have been successful in facilitating outdoor woodland play sessions, our ‘Little Saplings’ meet monthly to adventure in the woods.

The committee secured funding to complete a feasibility study on the Formal Park and adjoining woodland to determine uses for the area and possible sources of funding. The committee are now splitting their resources between event planning and seeking investment for the park, working closely with South Lanarkshire Council, Heritage Lottery Fund supported Clyde and Avon Valley Landscape Partnership, Central Scotland Green Network Trust, Clydesdale Community Initiatives and the Forestry Commission for Scotland - it really is an exciting time!

Our grand plan is to initially focus on the woodland, making it more accessible and interesting for all the family, then we plan to move onto the formal park making it a destination place to go to...we really hope to bring back the chute!

Collaborative Mapping in the Clyde and Avon Valley 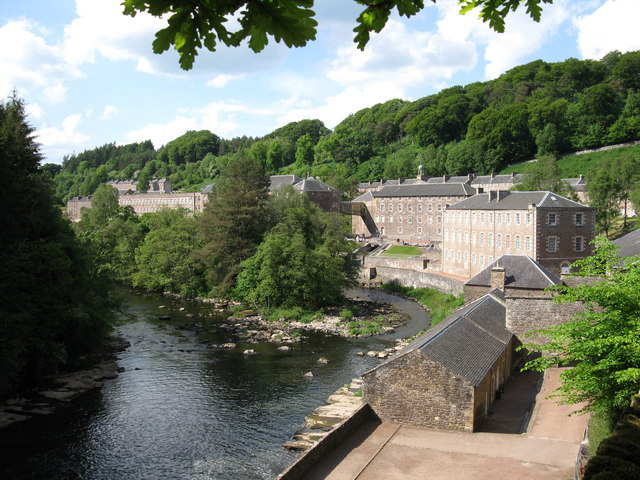 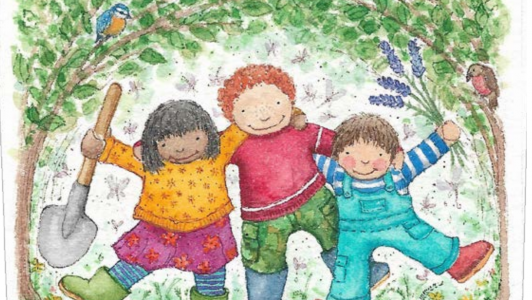