The North Lodge Bridge is one of the few remaining features of the 18th century designed landscape of Bonnington Estate, which encompassed much of what is now the Falls of Clyde wildlife reserve. This small feature lies just beyond Caithness Row in New Lanark, and served as the visitors’ entrance to the ‘pleasure grounds’ of the estate. Tickets allowing visitors access to the grounds were dispensed from the North Lodge itself, now demolished. According to W. Davidson, in his 1828 guidebook, visitors were also provided with a guide (either here or at Mid Lodge), who would accompany them to the falls. 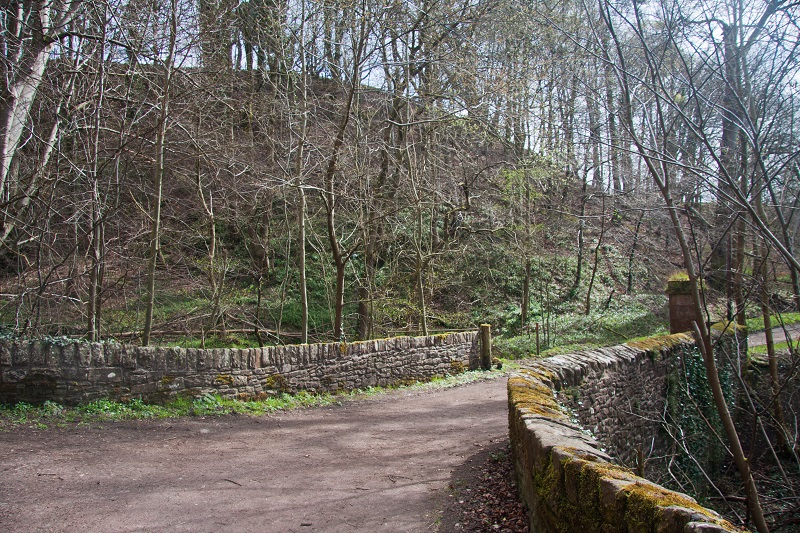 Dorothy Wordsworth, who visited in 1803 on her first tour of Scotland, was keen to visit the falls when she first arrived at Lanark after an arduous journey, and was “grieved to hear that the Falls of the Clyde were shut up in a gentleman's grounds, and to be viewed only by means of lock and key.” She and her companions, the poets William Wordsworth (her brother) and Samuel Coleridge, did visit the falls but, unfortunately, she does not mention how much it cost.

The bridge was more than just a mere threshold however, it was also a gateway between two completely different ways of life. On one side was the industrial socialist utopia of New Lanark, much lauded at the time for the progressive treatment of employees and residents. On the other, a designed pleasure ground for wealthy leisure seekers and travellers, on the lands of an aristocratic estate, kept for a select few.

The bridge is still in use today for its original purpose; helping visitors to cross the Ponclair burn and access the Falls of Clyde, providing an alternative route to the boardwalk down by the riverbank. Only now,  it’s free for everyone!

CAVLP and New Lanark Trust are working to restore the crumbling stonework of the bridge and the wall which runs down to Caithness Row, ensuring that this characterful little feature of the landscape is conserved for the future.