A steep descent to the pits

Originally constructed by miners in Overtown to connect the workers with the local pit below law, Jacob’s Ladder is a steep route on the banks of the Garrion Burn, descending steeply to a bridge over the burn which has long since been removed. This direct route had to descend into Garrion Gill and due to the very steep drop the miners had to build a great flight of 365 steps, or so we’re told. An extraordinary feat!

Over many years the route had suffered significant damage, scoured by decades of water, and had to be closed. Despite this, local people still considered it to be an important part of the local heritage and cultural identity of Overtown.

It was found that the surrounding landscape is generally very wet, with water draining for a number of different areas to the same point. A number of steps had been taken over the years to address drainage, but this system had now failed would need to be replaced. It was also found that a section of the retaining wall by the path was showing signs of instability and a new wall would therefore be necessary. The informal nature of the path construction also posed a number of issues, meaning that it could become overgrown very easily, requiring a replacement of the steps as well as a new handrail to make it safe, as well as a new bridge placed over the burn. Due to the difficult nature of access to the area, the movement of materials to the site would also be tricky, and would require works on several neighbouring landowner’s properties.

Unfortunately, for these reasons, the solutions presented by the feasibility study were extremely costly and beyond what the project was able to spend. However, this important stage has been completed, and will greatly help any future efforts to conserve this historic mining route. 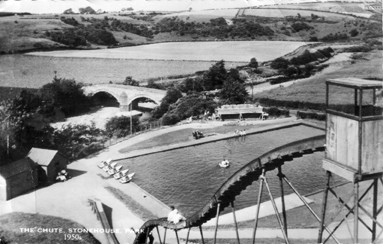