There has been an estate on the bank of the Clyde at Milton since at least the 14th century. In 1828 William Lockhart bought the estate and set about demolishing the existing house, re-designing the policies and building a new mansion house.

In order to make the most of the views, it was essential to find just the right location for a house and its setting. Leaving nothing to chance, William Lockhart called upon his friend Sir Walter Scott to advise him. Scott commented on his visit there in 1829:

"We went to Milton on as fine a day as could consist with snow on the ground. The situation is eminently beautiful; a fine promontory round which the Clyde makes a magnificent bend. We fixed on a situation where the sitting room should command the upper view, and, with an ornamental garden, I think it may be made the prettiest place in Scotland." (Scott, 1890, p.405)

The new house was in the Scottish Baronial Style as is the bridge which provides the main visitor entrance to the estate.

In 1989, events took a very odd turn. Japanese Toyshop proprietor and actor Masahiko Tsugawa and President Yosiaki Hirai purchased the house for erection in Japan. It was transported by the Siberian railway with the permission of the USSR President, Mikhail Gorbechev.

As so often happens, the estate has again gone through a period of renewal.  A new house has been built by the new estate owners on the site of the former house, and restoration work is underway in the policies and the wider estate.

Easy steps to learning in your local greenspace 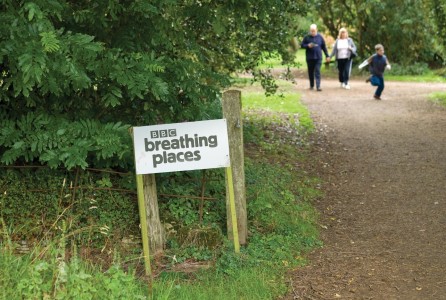