Situated on a prominent viewpoint for the country park, Chatelherault’s Hunting Lodge has overlooked the surrounding grounds for over 270 years. Commissioned by the 5th Duke of Hamilton and completed in 1744, from designs by the famous architect William Adam, the lodge was placed in its eye catching location at the south end of the Hamilton Palace grand avenue, as a terminus to the grand views from the palace itself. Essentially a folly, the lodge is a long, thin construction only one room wide, very modest in comparison to Hamilton Palace, and the design was built to deceive, giving the impression of an additional palace on the grounds. 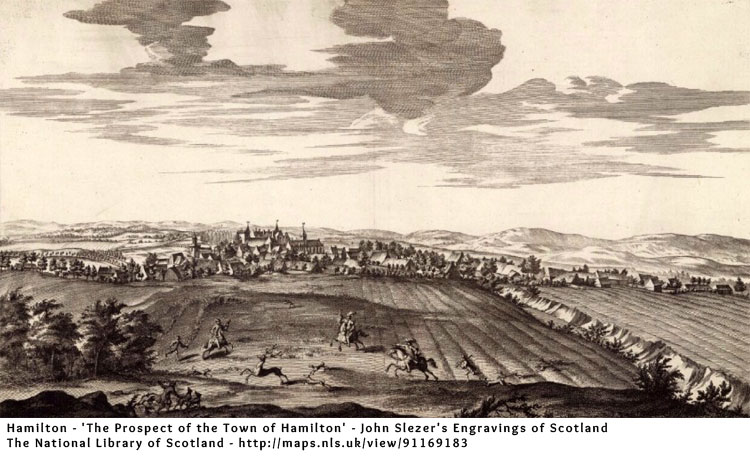 The hunting lodge was also, as the name suggests, a place of refuge for the Duke’s hunting parties, as well as a home for the keeper and the 30 to 40 hounds kept for hunting pursuits. Both the 5th Duke of Hamilton, and the architect William Adam, referred to the lodge ironically as “the dog kennel”. The building included an open courtyard, off which would have been kennels, which would have housed the dogs. This courtyard area is now the visitor centre and café, following the addition of a roof. 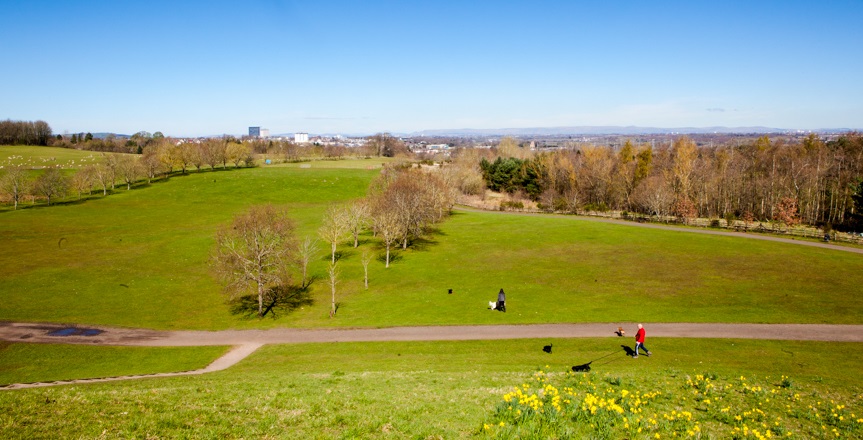 The dramatic views north from the lodge are accentuated by the steep slope which occurs on this side of the building. This is the result of extensive quarrying works, which also resulted in the subsidence of both the lodge and Hamilton Palace, with the latter being demolished in the 1920 due to instability. The lodge, however, survived, although the uneven floors are still obvious to anyone walking in the west lodge. 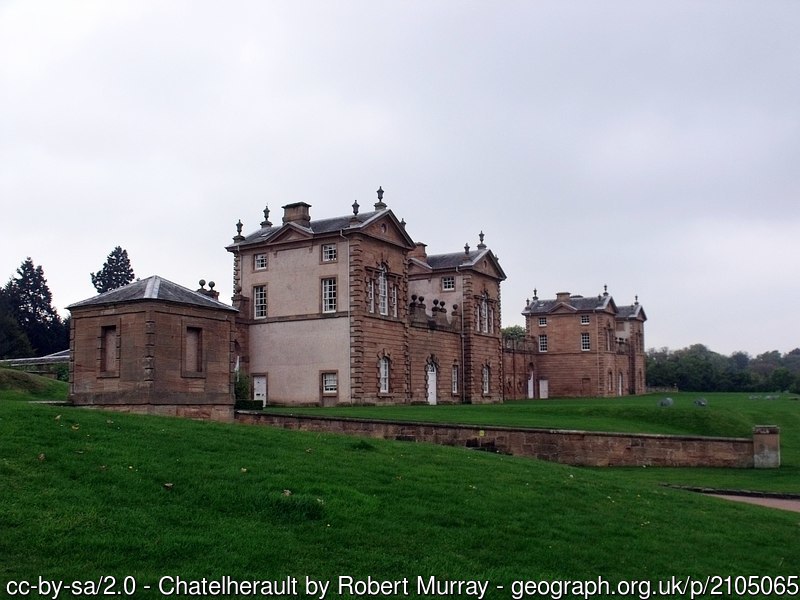 On the edge of the garden area outside the lodge sits a small, unassuming stone building which was most likely built as a garden store (seen on the left here). However, in the 1820s the 10th Duke had it converted to a den with a run for his leopard! Exotic animals were apparently not usual at Hamilton Palace, with polar bears arriving in 1753, and a wolf, eagle, peafowl and a “munkie” all mentioned in the 18th century. 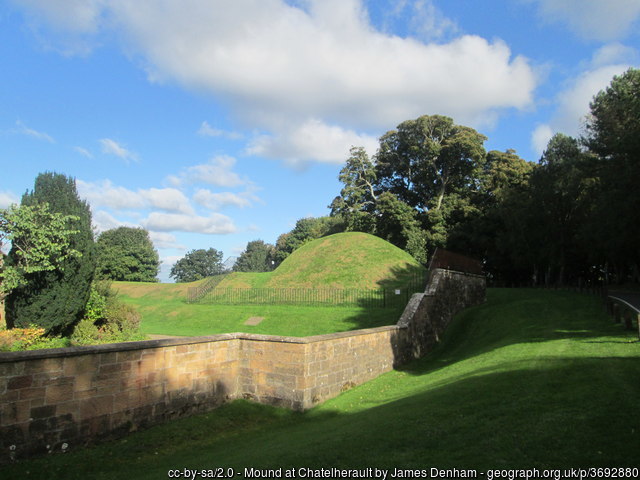 This curious little earthwork is actually intended for viewing the adjacent gardens, providing an elevated viewpoint from which to see the surrounding grounds.

In addition to the early 20th century subsidence, much of the building was gutted by fire in the 1940s, and remained as a ruin until the 1970s, when it was gifted to the nation along with some of the high parks, in lieu of taxes following the death of the 14th Duke in 1973. It was restored over a ten year period by Historic Scotland, and opened to the public in 1987. The interiors of the lodge were fully restored, with faithfully recreated Georgian plasterwork and furnishings, paintings and painstaking stonemasonry. The kennel courtyard was converted into a visitor centre with a roof in 1996, and it has remained an extremely popular attraction to both locals and visitors ever since.

Recent works to clear commercial conifers from the surrounding country park have greatly enhanced the views from the lodge, and will result in the natural regeneration of the forest to what it may have been like when the lodge was first built nearly three centuries ago.