Lovingly restored Dalzell Estate tells a rich and fascinating story of a designed landscape through the ages. It is an eclectic mix of parkland and woodland perched on the banks of the River Clyde, adjoining RSPB Baron’s Haugh and lying south-east of Motherwell. It is home to an abundance of wildlife, including badger, roe deer, sparrowhawk, nuthatch and several species of bat.

The Estate grounds and House have been added to and adapted through time, leaving behind a network of paths and ornamental features that can be enjoyed today. Highlights include the Japanese Garden, arboretum, mausoleum, Lord Gavin’s Temple, St Patrick’s Chapel and the Covenanters Oak – thought to the oldest living thing in North Lanarkshire.

The Estate began as a Royal Hunting Forest in 843 and was owned by the Dalzell family until 1647 when it was granted to James Hamilton 1st of Dalzell. The most notable changes to the designed landscape were made by Archibald Hamilton the 4th Laird (1694 – 1774) - a keen horticulturalist. He extended the Estate orchards, established 150 acres of forest, and created avenues, walks, vistas and ornamental features such as the Listening Cave (1765) and the Ha-Ha (1724). Other features within the Estate have come and gone, such as the Summerhouse, orchards and kitchen gardens, but the basic layout has remained very similar to what is recorded on the 1864 Ordnance Survey map.

The House initially existed as a defensive wooden structure which was replaced by a stone Keep during the 15th and 16th century. It was extended in 1649 under James 1 of Hamilton and added to throughout the years, most notably in 1857, through finances raised by the family’s lucrative coal and steel interests. Dalzell House was turned into Gresham College boys’ school in 1952 following the death of Lord Gavin Hamilton and eventually turned into a number of private dwellings in 1985.

Dalzell Estate is listed on Historic Environment Scotland’s Inventory of Gardens and Designed Landscapes in Scotland, featuring a number of B and C listed historic features. 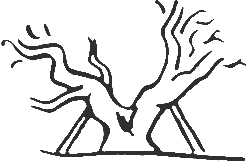