Getting to know Chatelherault on paper, on screen and on bike!

Make Your Way explored and highlighted access routes into Chatelherault County Park, going from Hamilton, Larkhall and Quarter. Six artists were given the chance to undertake residencies with local groups groups including: Hamilton Ramblers, Larkhall and District Volunteers, Universal Connections Larkhall, Quarter Primary School, Clydesdale Colts and Blantyre Cubs. The artists' work culminated in Celebration of the Land events held across Chatelherault and the surrounding area, as well as a film screening of a cycle journey produced by artist, Alan Kain, and members of the Clydesdale Colts Youth Cycling Club. Watch the video below. 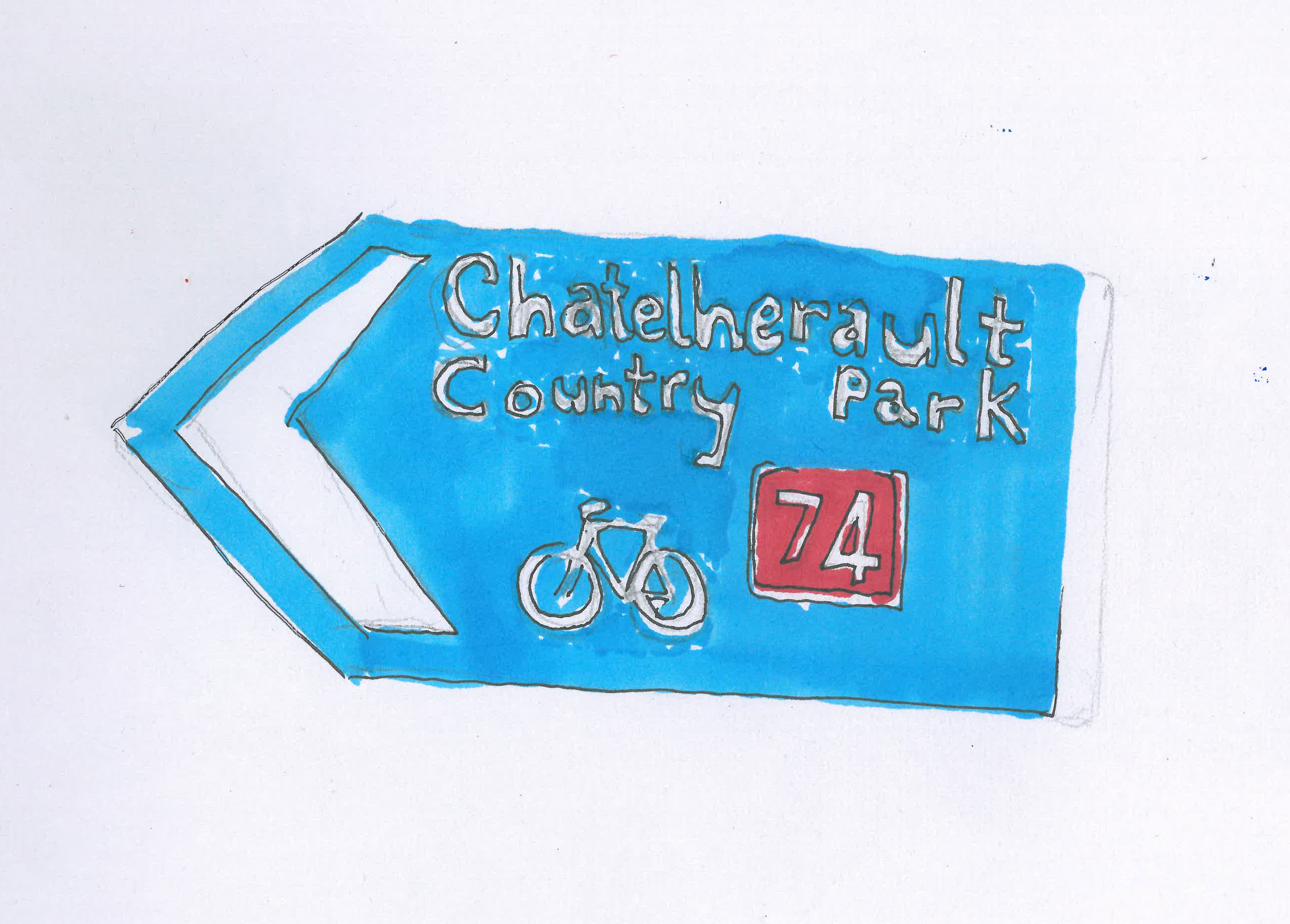 As well as helping to design and make many of the Make Your Way installations - now in place along the routes into Chatelherault from Hamilton, Larkhall and Quarter - artist, Alan Kain, storyboarded and directed a short film: The ‘Clubhut 2 Chatelherault’ film was directed by Alan Kain and filmed and edited by videographer Scott Jones featuring the Larkhall-based Clydesdale Colts Cycling Club. It showcases the skills and dedication of the group of young talented cyclists exploring the route between their club hut in Larkhall and their mountain bike trails in the ancient woodland of the Chatelherault, and will inspire folk to take up their bikes and explore the routes at Chatelherault themselves. 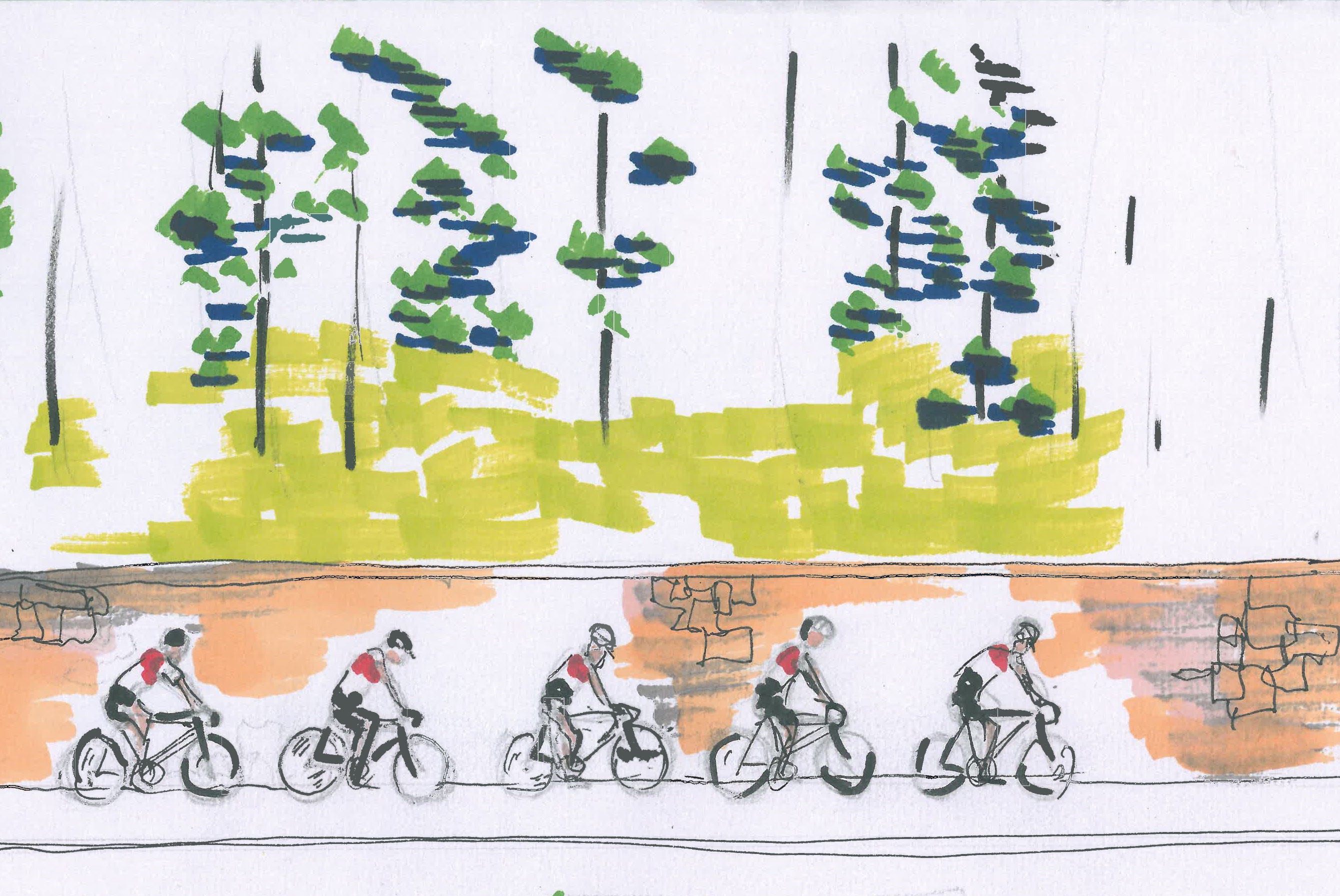 Alan made some wonderful, colourful illustrations - visually charting the cyclists' journey through the highs and lows, sun and shade, woodlands and pathways of the park. These illustrations were then presented at the CAVLP Land, Water and Life exhibition in February/March 2018. 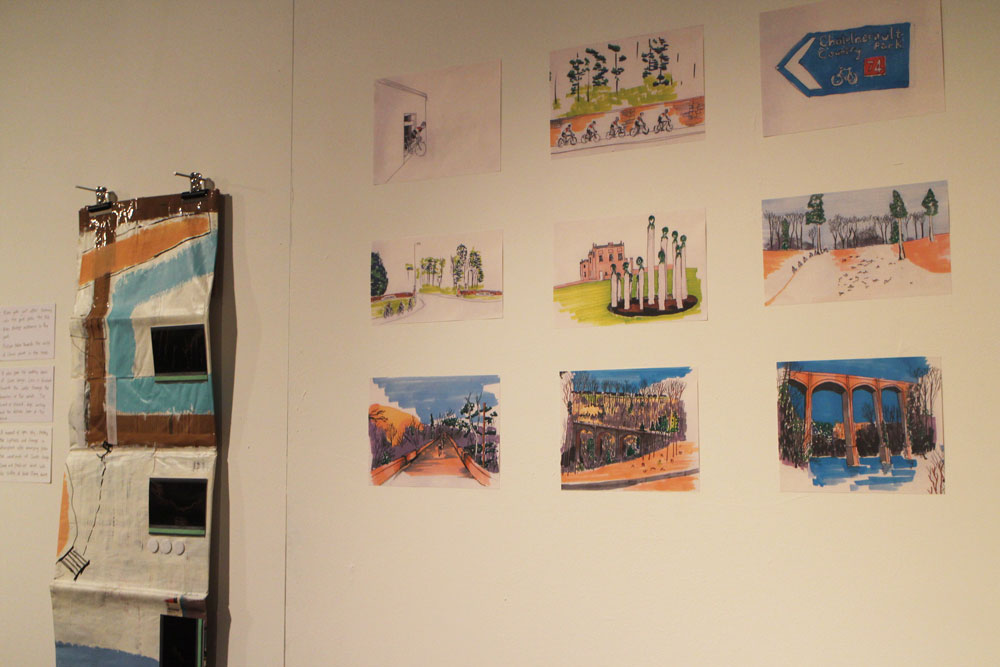 Then came the leap from storyboard to reality. In early summer of 2018, the Colts got out in the park, testing out bike tricks and travelling the route from Larkhall to Chatelherault along the National Cycle Route 74. This was filmed by Scott Jones who then edited the footage to create the short film. On Saturday 28th July, the Colts assembled in the Auditorium of Chatelherault Visitor Centre to watch their film with a little bit of popcorn! 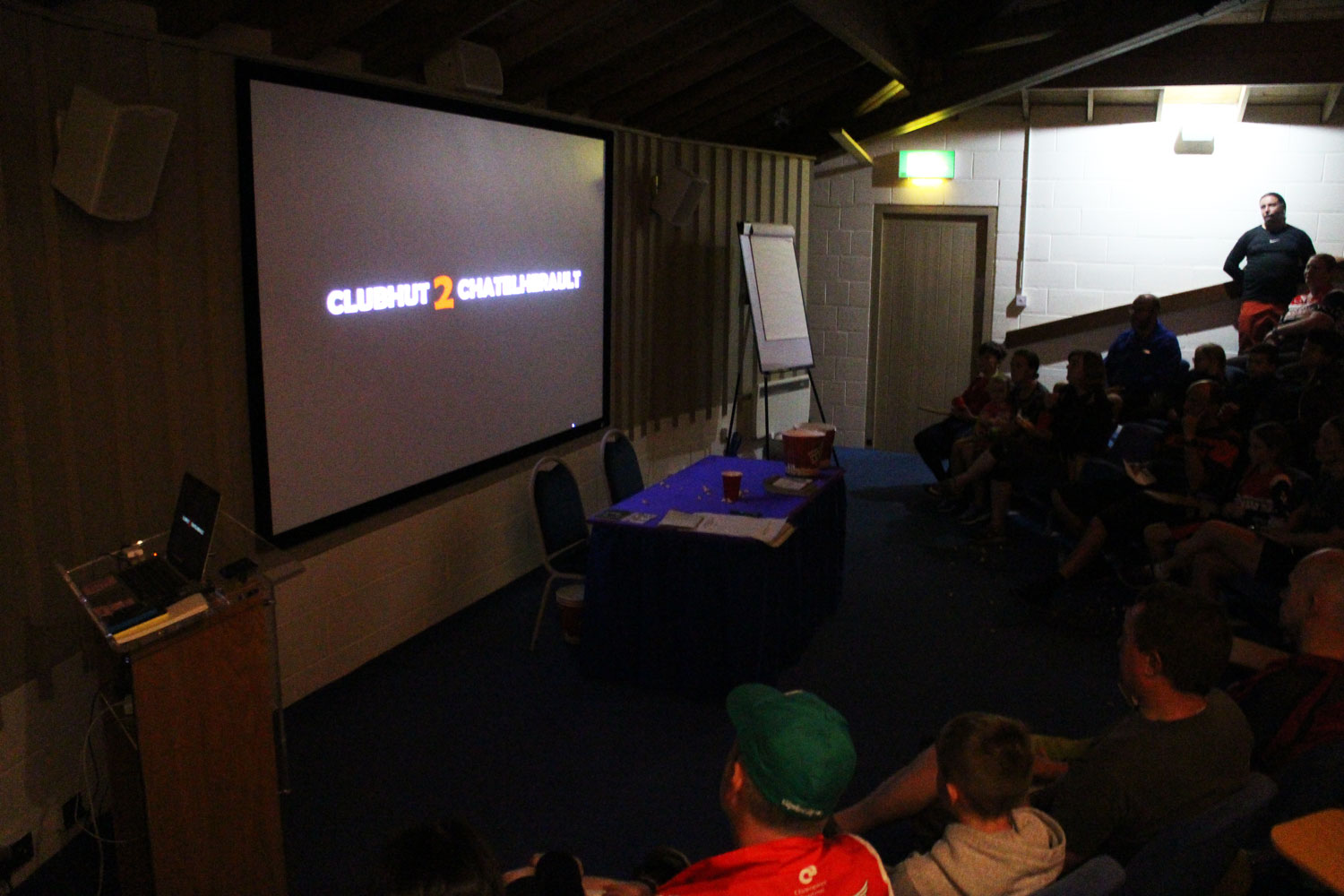 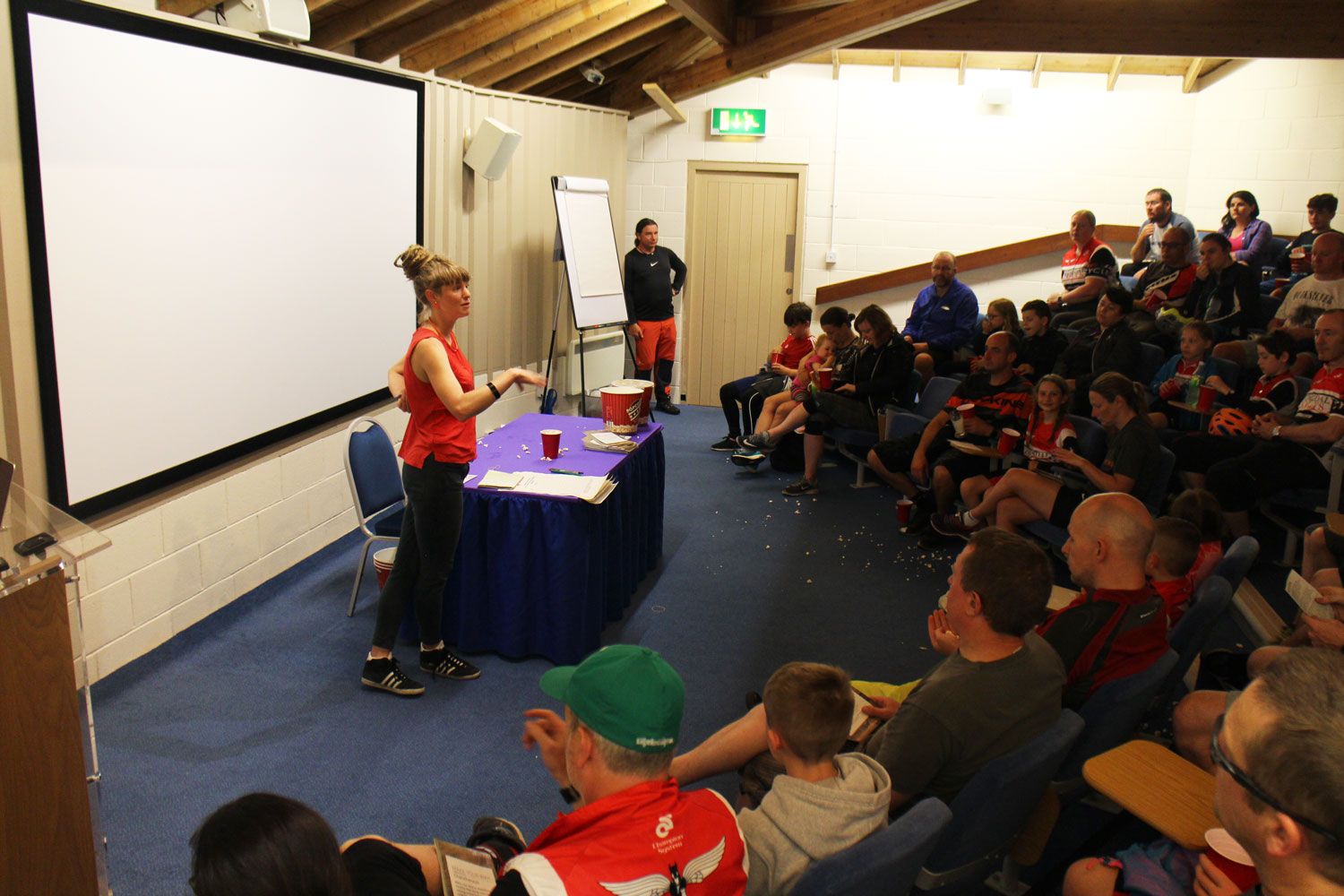 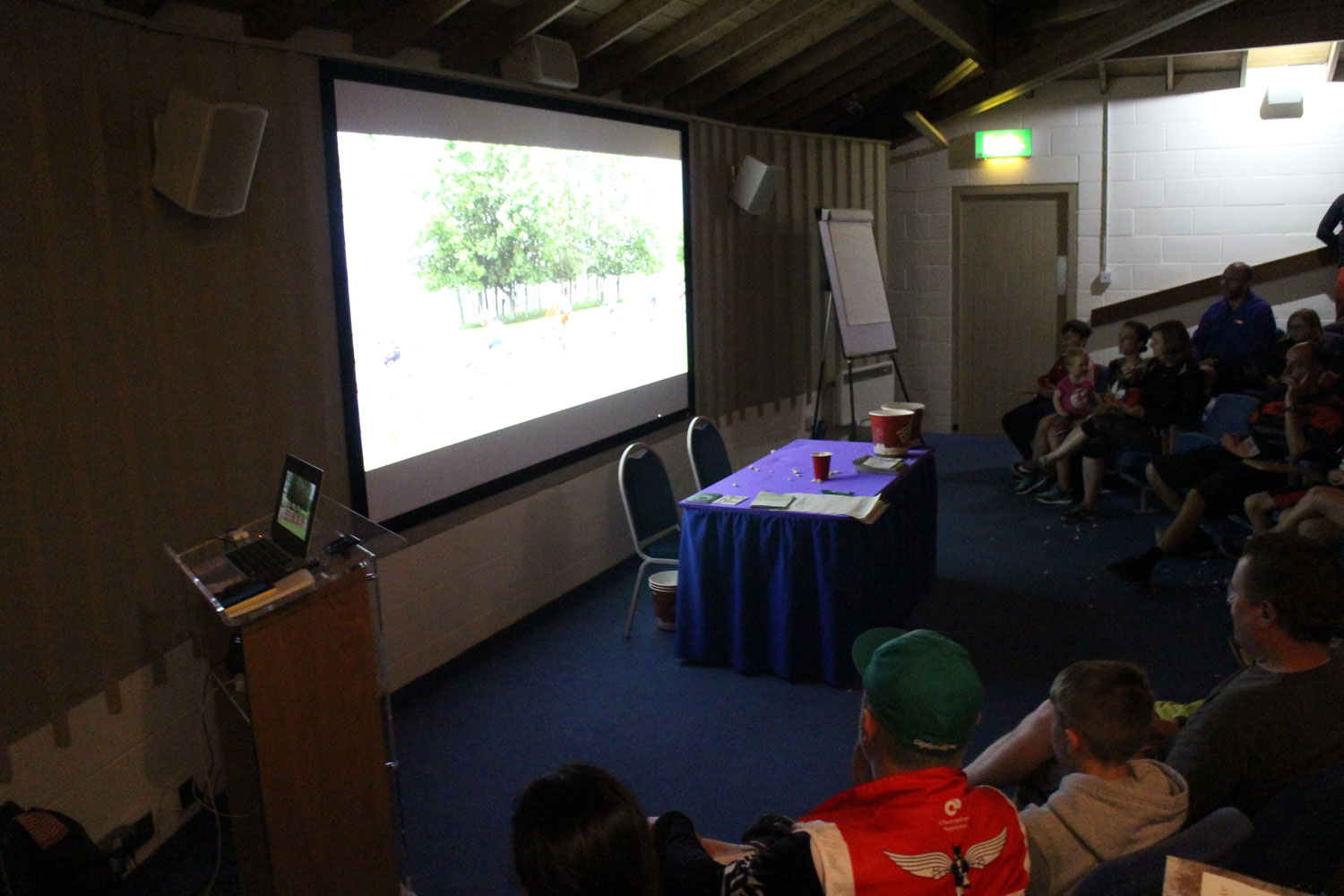 Alan Kain says, “Most of these kids, through the Clydesdale Colts, have been visiting and enjoying Chatelherault Country Park on a weekly basis for the last seven years, it’s a home from home for them, where they feel free, but at the same time surrounded by nature, and the joys of being outdoors in all seasons. It’s great for them to be able to share their passion and knowledge of Chatelherault with others through the film.”

Make Your Way connects communities in Hamilton, Larkhall and Quarter with Chatelherault Country Park. It is supported by The Scottish Government, Paths for All and Transport Scotland Smarter Choices Smarter Places grant, and South Lanarkshire Council LEADER and Heritage Lottery Fund Scotland supported Clyde and Avon Valley - CAVLP. View the online trail and explore the other artist celebrations on the links below. 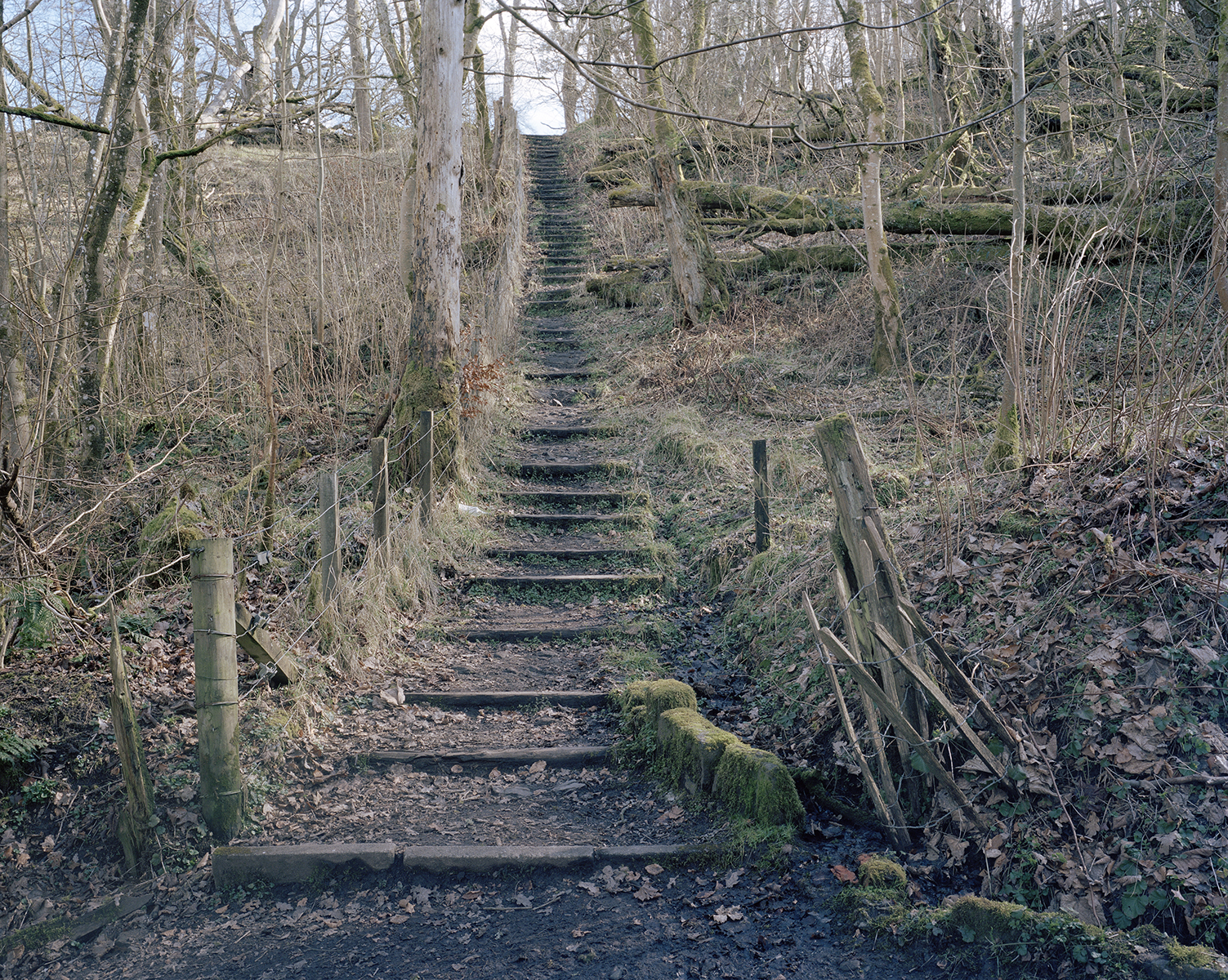 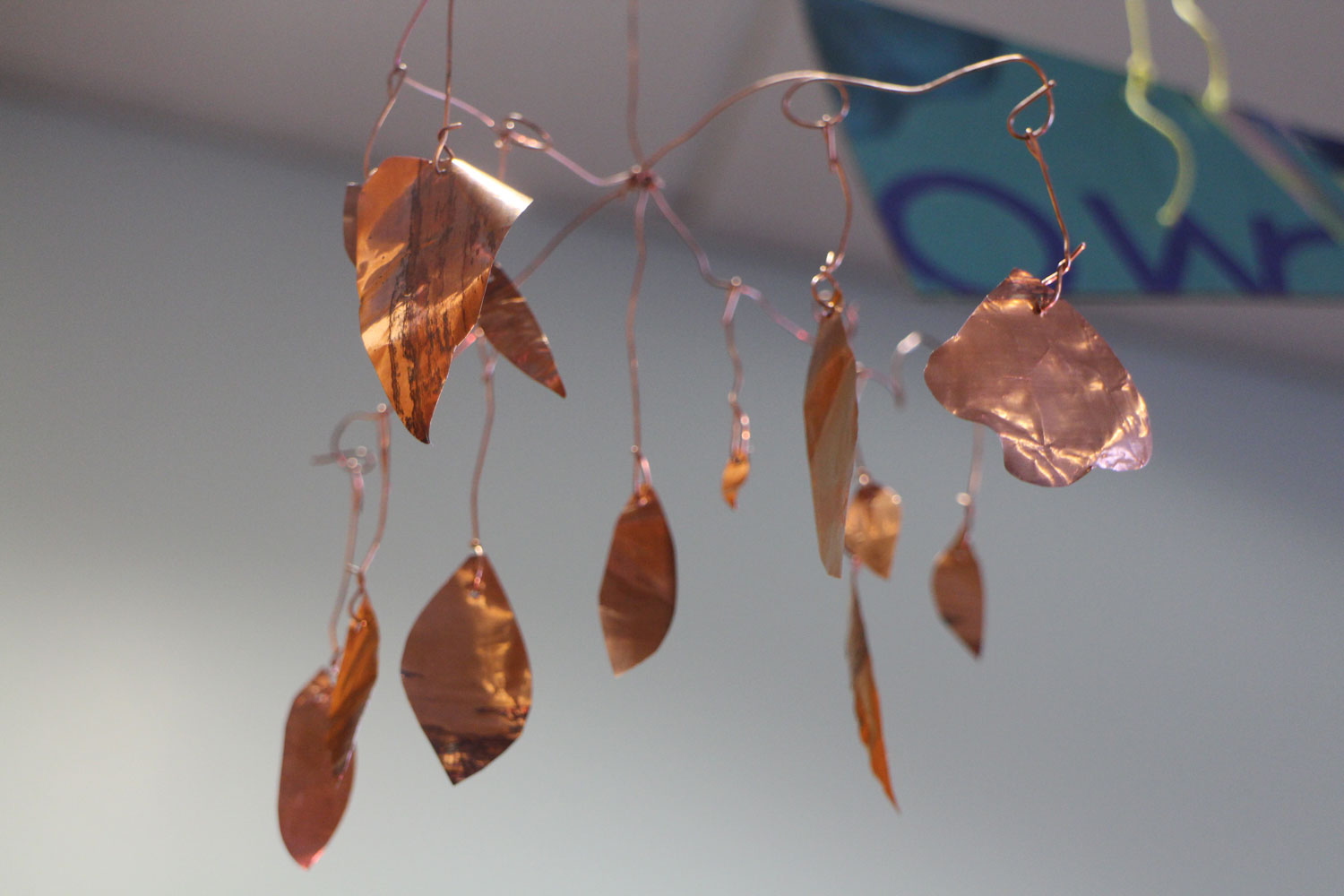 Taking in the landscape to the north of Chatelherault Country Park with Owen Clarke. 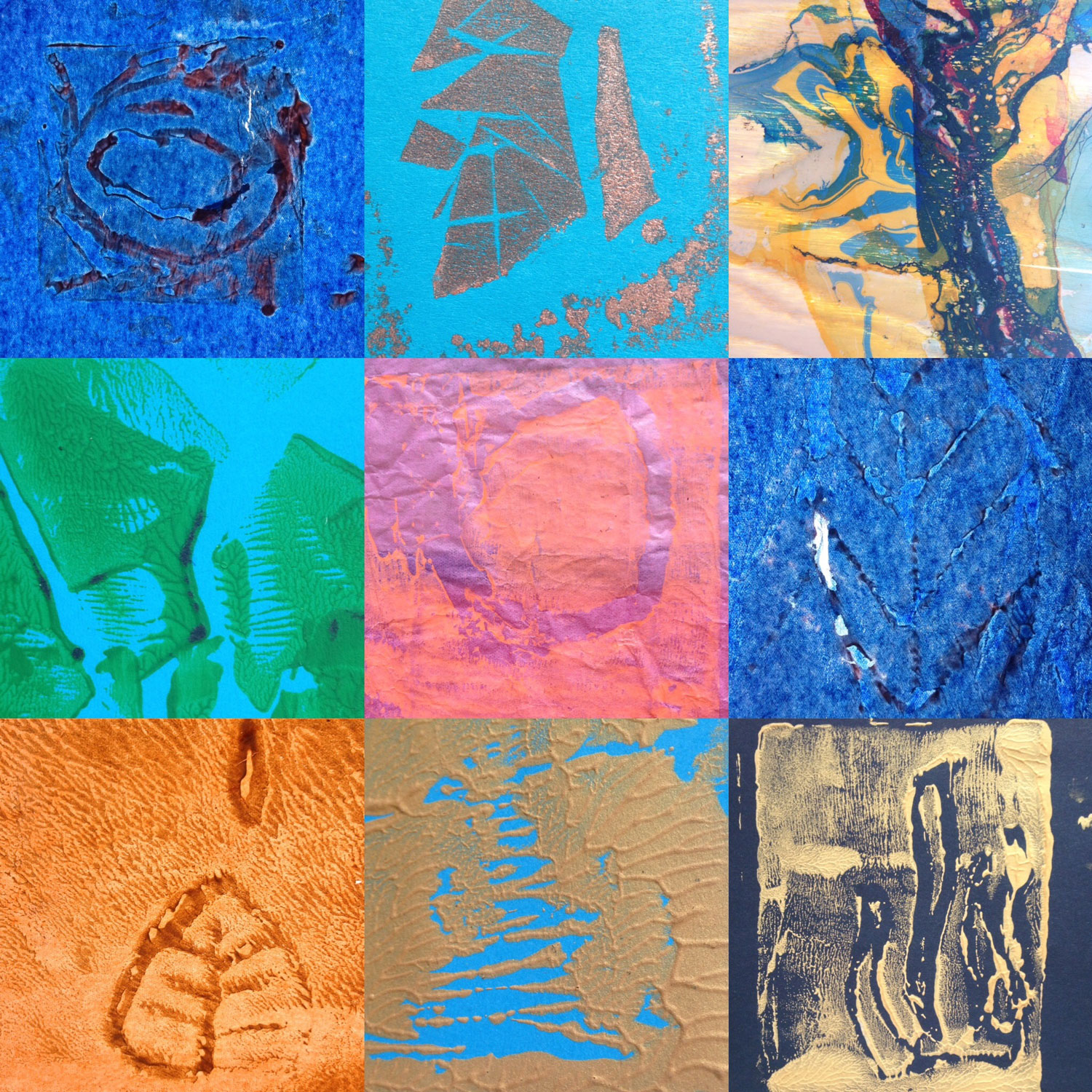 Make Your Way to Chatelherault - Fabric of the Land

With the Blantyre Cubs, Jenny O'Boyle explored the Millheugh route to Chatelherault. 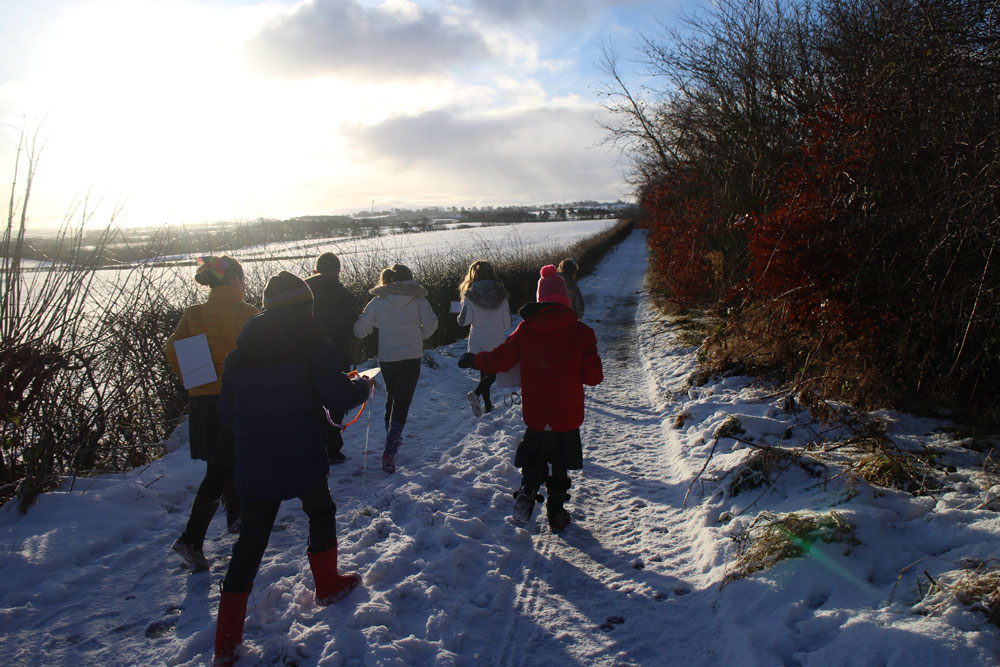 Make Your Way to Chatelherault - From Quarter with Walking Sticks

Walking sticks, 'Salmons of Knowledge' and more, with Nadia Rossi. 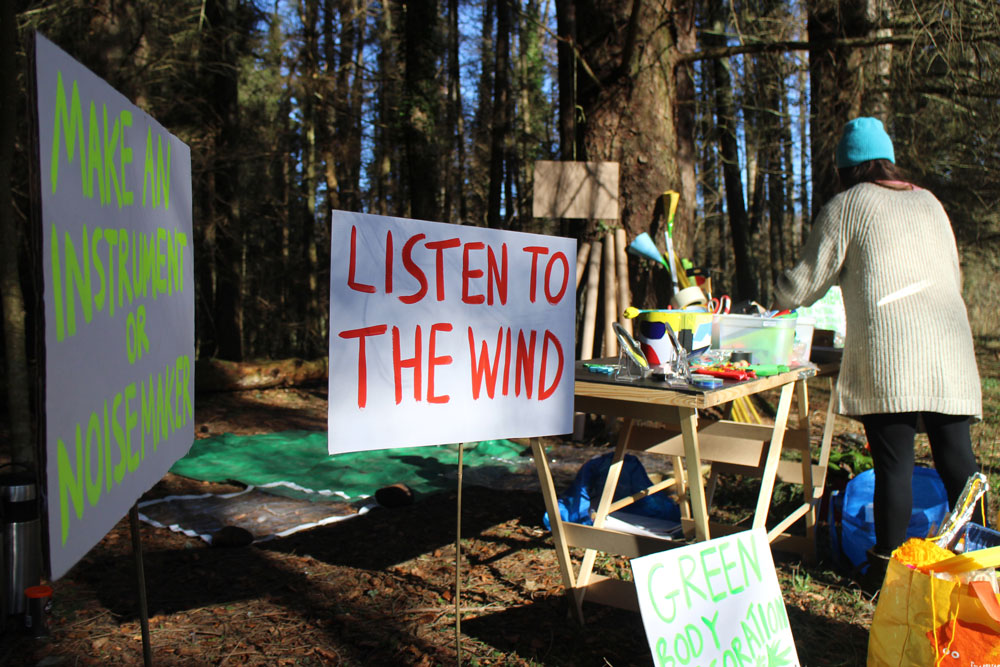 Make Your Way to Chatelherault - Symphony for the Land

Wandering the Fairholm Route down to the Green Bridge with Ruby Pester. 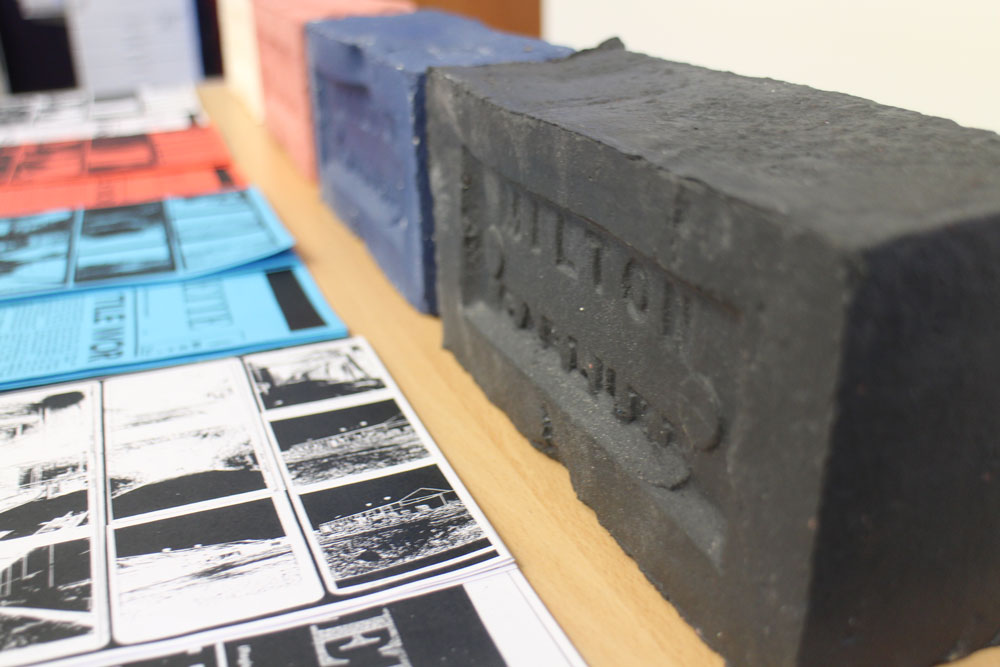 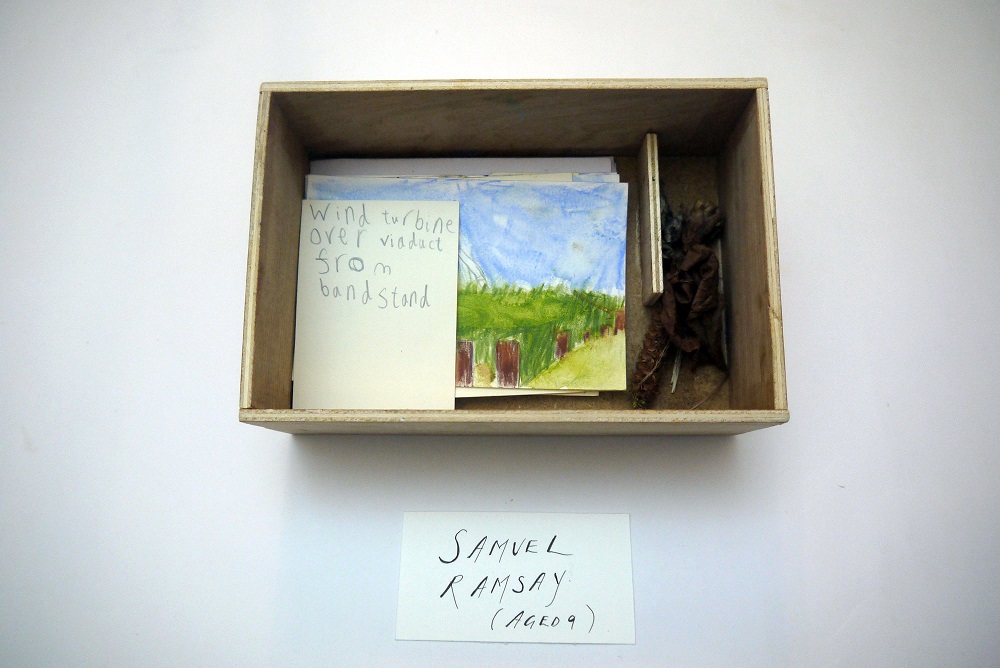 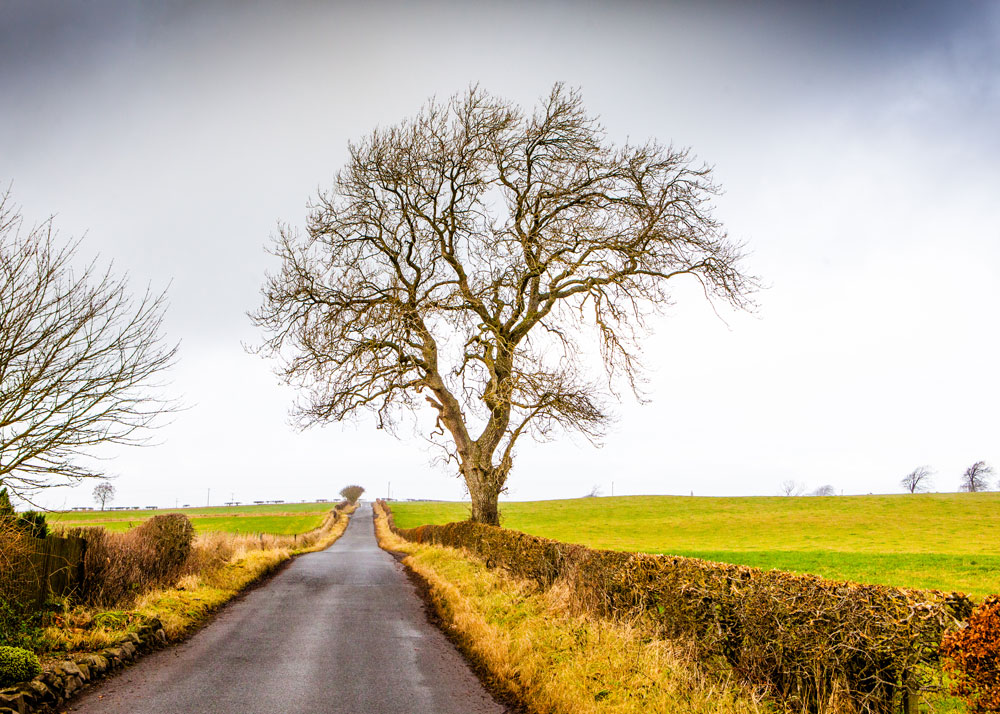 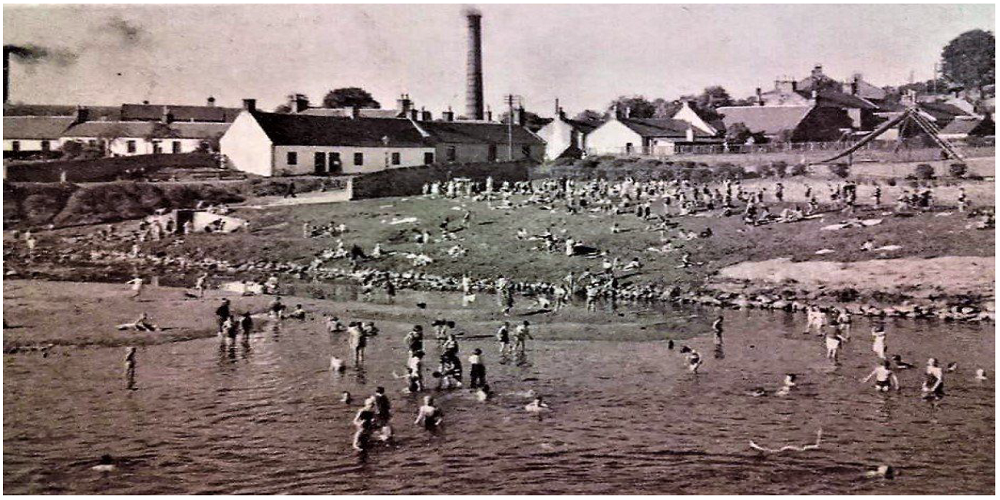 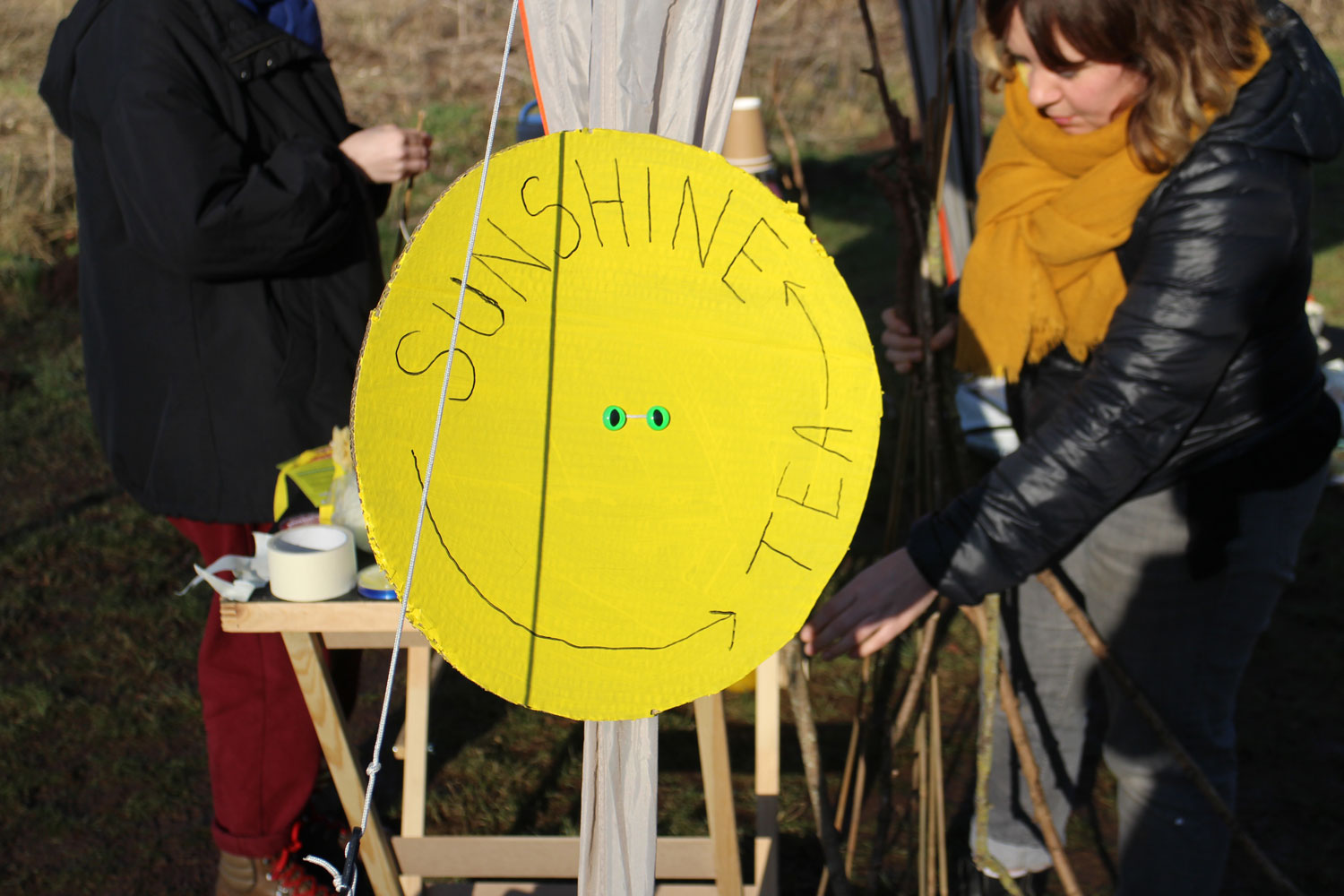